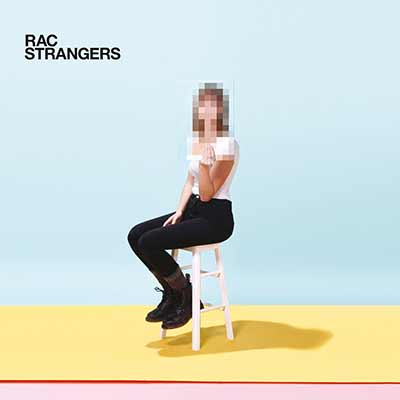 Part 1 of RAC’s Strangers is a delicious, practically euphoric collection of remixes where practically every song improves upon the original.

As far as infectious pop bliss goes, this is pretty much it. Seven short songs, each one somehow catchier than the last. Let Go goes down like butter. While I don’t love Ello Ello, it’s stupidly catchy. Hollywood is amazing, but I think Hard to Hold (which features Tegan & Sara) is potentially a huge hit. Tokyo Police Club has rarely sounded better than they do on Tourist.

The nature of remixes is that they’re often focused on dance songs, and while that’s true with Strangers, it doesn’t feel disrespectful to the original music. In a lot of ways, it feels like the songs RAC choose to remix are measurably improved by the remixes on this go-around, and given fresh life in addition to a new perspective.

Remixes also tend to focus on pop songs or hip hop, but the choice for RAC to focus almost exclusively on indie rock here is wise. Not only does it differentiate it from the rest of the pack, it also gives us fresh light on what the genre could sound like when it’s prepared for a different audience. This conversation is vital in expanding the vocabulary of indie and alternative rock; as the genres mature, it’s important we continue to look outside of them for both influence and direction. It’s good to escape the echo chamber.

RAC used to stand for Remix Artist Collective, but these days is the sole project of André Allen Anjos. Anjos is one of the best producers around. Don’t miss out on this one — I suspect I’ll be featuring more RAC here very soon — perhaps when Part 2 hits in April.