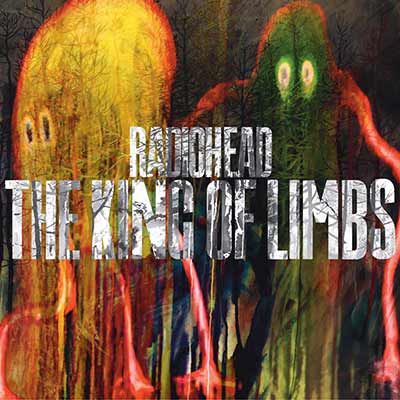 The King of Limbs

Perhaps Radiohead’s least approachable record, The King of Limbs suffers from what could be described as “a lack of melody” — but makes up for it with its haunting atmosphere.

I think The King of Limbs is a misunderstood record. Coming after several years of silence following In Rainbows, the record had a lot to live up to. Naturally (for Radiohead), the band’s natural response to In Rainbows’s success was to pivot. The resulting record lacks the warmth that In Rainbows had, and trades it in for a down-tempo mood that generates beautiful songs, but no clear single.

All of that makes The King of Limbs makes it hard to recommend to casual fans of the band. It lacks most of what made them successful, often becoming twitchy. Like most Radiohead records, people were confused by it — particularly the (still hilarious) video for Lotus Flower. But some now consider the video, the song, and the surrounding record a classic.

I’ve long thought The King of Limbs to be Radiohead’s quirkiest record, the one that always felt the most uncomfortable for them to make. It’s an album based largely on rhythm, almost entirely removing the melody from the lyrics in favour of the loop. Some people would jokingly (or maybe not jokingly, I’m not sure) suggest TKOL is everything the band warned us about with OK Computer.

Despite all the issues with it, it’s a charming record. Radiohead had become much better at jazz-like moments like this. Bloom’s erratic drumbeat is at once as hard to follow as it is Miles Davis-like. Morning Mr. Magpie follows a similarly difficult rhythm, this time using guitars as a punctuation points for the loop. Thom Yorke doesn’t choose to blend in with instrumentation, but to use his voice as a way to elevate the music and give it a sense of direction.

The album’s best tracks are the quieter, more introspective moments. Give up the Ghost is one of Radiohead’s best tracks, excelling with a (comparatively) minimalistic soundscape, drenching Yorke’s voice in reverb and delay to give it maximum impact.

Amnesiac, Radiohead’s followup to Kid A, featured Humphrey Lyttelton on one track. Johnny Greenwood (Radiohead’s not-so-secret songwriting weapon) admitted in an interview with Spanish newspaper Mondosonoro, “we realized we couldn’t play jazz. You know, we’ve always been a band of great ambition with limited playing abilities.” This is why they had to bring in an expert.

I’ve always thought that bothered Radiohead. That’s not to insult their musicianship; the folks in the band are genuinely incredibly talented. But it’s difficult to admit your weak areas without wanting to improve them. I think The King of Limbs is their way of writing a jazz record in the style of Radiohead. Naturally, their focus is on the beat, and on the polyrhythms and the madness of the Miles Davis records they so frequently talk about adoring.

In that sense, The King of Limbs feels remarkable, special even. It’s a record that completely defies what everybody thinks Radiohead should do, ditching guitars and melody almost entirely. While they had proved to everybody they weren’t just a rock band, The King of Limbs is undisputed proof that they can do anything they want and do it well. Maybe it’s coming from a place of unease or unrest, and maybe it’s coming from a desire to continue to push the limits. I have no doubt that it’s all of those things and many more.