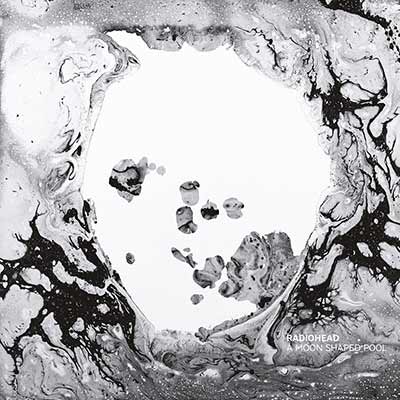 Radiohead’s latest offering feels incredibly grand in scope, despite feeling like it was performed only feet away from its audience.

It should come as no surprise that A Moon Shaped Pool is, well, a surprising record. Radiohead aren’t known for sitting on their laurels and trying the same sound more than once. The band is known for acts of complete reinvention in an effort to avoid becoming stagnant.

In that sense, it’s surprising that some of these songs are as old as they are. The album’s first single, Burn the Witch, has been around since Kid A. True Love Waits (perhaps the album’s most impeccable track) has been a staple of Radiohead’s live performances for many years now — two decades, in fact. Yet both songs sound completely fresh.

(On that note, I’m surprised I haven’t seen any think pieces on how anybody can sit on a song like True Love Waits for twenty years.)

People who loved the direction that Radiohead took with their version of the Spectre theme will enjoy what’s on this record: tracks like Daydreaming are similar in texture to the rejected film track, and the whole record feels like it would fit well on a soundtrack. When Radiohead isn’t playing with solo piano movements, they’re embracing cinematic sounds in ways they haven’t since Kid A. (The track Tinker Tailor Soldier Sailor Rich Man Poor Man Beggar Man Thief playfully references John Le Carré’s novel/film(s) Tinker Tailor Soldier Spy in its title, barely veiling what Radiohead is attempting by aping the name from cinema itself.)

In that sense, it’s Radiohead’s most atmospheric record in years. But it’s also incredibly intimate. Even when the band experiments with orchestral arrangements, it feels like each song is performed only feet away from the audience, as if you were there with them.

In many ways, A Moon Shaped Pool feels like the sequel to In Rainbows that King of Limbs never was. Many critics have suggested that Yorke’s performance here is a reaction to his recent separation from his partner of twenty-five years. If that’s true, the album is an incredibly public breakup story that feels to me like it culminates in the spastic Present Tense and True Love Waits. (I would assume that at this point, separation is now only part of what Thom Yorke is working through on a daily basis.)

With that being said, the lyrics on the album are particularly glib this time around. “This is a low flying panic attack,” sings Yorke on the opening track. (It’s an excellent line because it’s the perfect summation of most of Radiohead’s career, if we’re being honest.) “You really messed up everything,” he sings on another. I’m still not sure if Yorke is speaking in the third-person.

It’s to the point that this article exists, in which a news curator transcribes an imagined conversation with his therapist where he only uses phrases from the new Radiohead album.

A Moon Shaped Pool is the continuing disintegration of aging men grappling with what life means when we all feel like we’re part machine and less human than we were yesterday. As always, Radiohead feels ahead of their time. The album is disarming, enchanting, and rewards many listens, and is easily good enough to stand among their best. It merits many more words than I give it here, but is more than able to stand on its own.