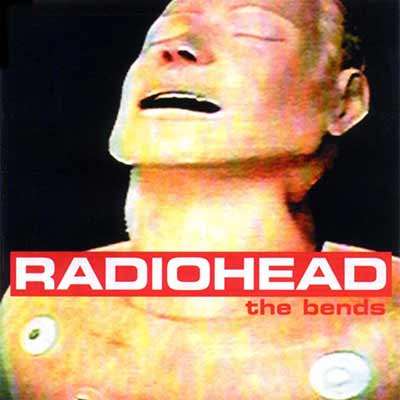 Listening to The Bends feels like entering a time capsule. Radiohead doesn’t make music like this any more, and it’s more dated than anything else they’ve done — but it’s their most approachable album by far.

The title track of The Bends roars in like a lion, distorted guitars raging. It sounds at once like the epitome of 90s alt-rock. It sounds like Rolling Stones. It sounds like everything British rock espoused to be. Of course, it doesn’t feel like Radiohead anymore, but it does feel special.

If anything, The Bends is proof that even in their formative years, Radiohead could master anything they wanted to do. Their album sounds at once British and at once grunge-y, immediate and visceral. It’s much better than Pablo Honey. The band immediately grasps a style, and within two albums, has sufficiently mastered it.

Fans of 90s rock know that High and Dry is better than anything Oasis or Dave Matthews put out. And tracks like My Iron Lung hint at a future for Radiohead that wasn’t going to be focused on driving rock riffs so much as it was introspection and jazz.

To The Bends’s credit, it’s hard to play any track from it without recognizing it thanks to all the radio play the album has received over the years. Whether it’s Fake Plastic Trees, Planet Telex, My Iron Lung, or even Just, it’s hard to imagine rock radio without these songs. Radiohead had a formative influence on the industry even before they became art rock pioneers.

In that sense, The Bends is a great record. It would stand among the best in most bands’ catalogues. Radiohead, though, isn’t like most bands. The group is clearly gifted on The Bends, but in hindsight, they were clearly right to focus on a record like OK Computer instead of The Bends 2. Today, it’s a perfectly serviceable record, but it’s impossible to remove it from the success of everything Radiohead would do it later.

All that being said: I’d be interested in an experiment where Radiohead re-interprets each of these songs in their post-rock, art rock styles. An experiment like that would be more revealing about the band’s original intentions than these songs already are.