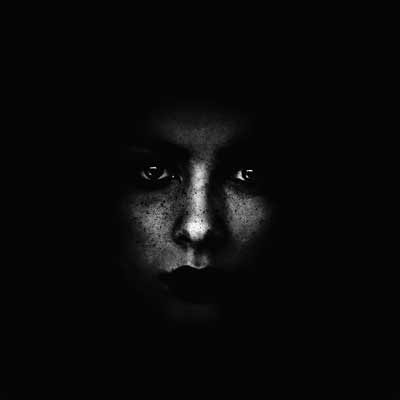 Rain Dog’s Two Words is an electronic record that ditches vocal performance for a focus on samples from movies. As a result, it shakes the shackles of traditional downtempo bass electronic and feels inventive and original.

If electronic music had a cinematic soul, it would be found in Rain Dog’s Two Words. Interestingly, and perhaps surprisingly, it’s no coincidence this cinematic soul comes from film samples. Rain Dog (whose name is Samuel Evans) samples from a wide variety of films he no doubt found while he was at art school (check out the list of art films here and give the tracks a listen).

Sampling art films has another benefit, in that most viewers won’t be familiar with the samples he’s using. (After all, how many people have seen Dogtooth? And how many who had seen it would recognize the sample in The World Is My Shotgun?) Film samples are all over the record, and even if they’re not necessarily recognizable (like in Felicity or Fool’s Game), they often add a sprinkling of atmosphere. And in a world drowning in electronic beats and twinkles, a hint of atmosphere doesn’t go unappreciated.

Film samples also remove the need for vocal work from Evans, which, according to his Basecamp profile, was a bit of a relief for him. It’s also a relief for us: bass music too often loses itself in guest vocal performances. Here, the focus is on creating texture through music, using voices sampled from film’s to create tension and provide backing loops.

It all adds up to a surprisingly inventive record from Rain Dog, a downtempo project that never fails to be original thanks to an inventive use of cinema. Two Words is a must for fans of electronic music and fans of film.