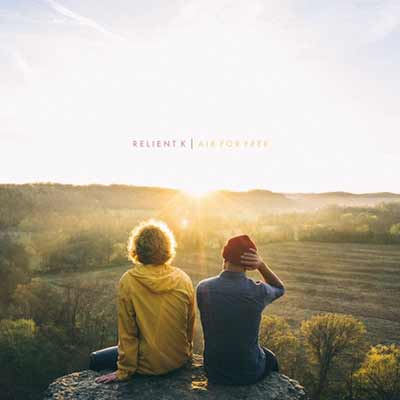 Relient K’s eighth album is their first fun record in well over half a decade, and while they still haven’t returned to their pop punk roots, Air for Free proves they can still write karaeoke-worthy songs.

I did not expect to be writing about a new Relient K album this week. The band, infamous for its ska-influenced pop punk in the early 2000s, hasn’t put out a good record since 2009. Their last record — Collapsible Lung, which came out in 2013 — was a total stinker. It was lyrically irrelevant and musically confused. Because of Collapsible Lung, I had no hope for this new record.

Despite that, and perhaps because of my comically low expectations, Air for Free surprised me. It’s a true follow-up to their 2009 record Forget and Not Slow Down, which was a post-breakup album of the first order. If Forget was a record about letting go, Air for Free is a record about growing up. I haven’t stopped playing it all week.

Stylistically, Air for Free is similar to Forget — poppy tunes that have little to do with the band’s punk origins abound. But the songwriting is as good as it’s ever been, and there are hints of that ska formula left over that remain a ton of fun. “Elephant Parade” has some of the horns ska was known for during its chorus.

Songs like “Mrs. Hippopotamuses’” have that classic Relient K vibe to them too — along with the sense of humour and melodrama that the band is so well known for. “Cat” carries on that tradition as well. And on “Mountaintop,” the band feels like they’ve found their creative mojo again, with the whole band in perfect skip-step form.

As usual, though, the meatiest tracks on Air for Free are the ones where singer Matt Thiessen becomes more introspective. “Man” sounds like the theme song on the record, in which he ruminates on his past mistakes and poor life choices and sings in the chorus that “it’s time to be man.” It carries both nostalgia and the pangs of facing adulthood.

On “God” and “Prodigal,” which both sound U2-inspired, Thiessen admits to his belief in God and his struggles with his faith. They almost bookend each other on the record and, for fans, I suspect they’ll be among the album’s high points. When Thiessen sings, “I am the champion of wine; You’re the bread on my tongue. I am the last one in line — the prodigal son,” it feels like the culmination of everything the band has been struggling to say for over ten years.

If the album has any weak point, it’s that too much of it sounds canned in the studio. “Empty House,” which relies on autotune, is a black eye on the record; Thiessen can sing and it’s disappointing when his voice is relegated to the side for the sake of a poorly-used effect.

Yet those moments are few and far between. By and large, Relient K’s eighth album feels like an oddly self-aware and cogent album for a band that’s been around as long as they have. For the first time since the band was putting out joke-heavy Christmas records in 2007, it feels like Relient K is having fun again. And it’s been too long.