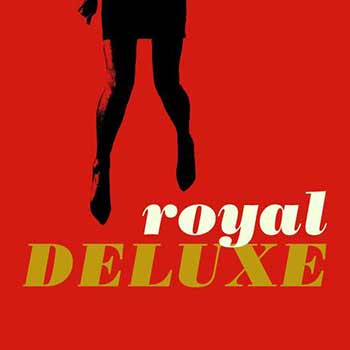 Royal Deluxe's debut leads the band into the room with a ton of swagger, offering a fantastic take on Rolling stones-style blues rock without sacrificing their edge. Instead of sounding like a mere re-tread, Royal Deluxe sounds like they're exploring new ideas — and they sound shockingly comfortable for a new artist.

The debut album from Royal Deluxe is a ton of fun. I was nervous when I heard the opening track, because it sounded a little oppressive and overbearing, but when Get That Feeling started, it clicked that I was listening to a pure blues-rock record in the vain of vintage Rolling Stones.

In fact, it wouldn’t be a stretch to say this record is basically Rolling Stones, Oasis, and Black Keys having a lovechild together and calling it Royal Deluxe. That sounds like a weird sell, but what else would you call it when a bunch of guys who love blues-influenced rock’n’roll get together and just belt the first dozen tracks that come to mind? Because that’s what this sounds like.

The other thing about this record is that it’s insanely short. It’s less than half an hour and covers the same amount of ground most bands would take fifty minutes to cover. There’s choirs, big choruses, breakdowns, the whole nine yards, and Royal Deluxe cram it into a (deluxe) package that’s only twenty-five minutes long.

I’ve showed this record off a bit since I first listened to it, but I haven’t found anybody who dislikes it yet. Give it a spin. I think it’ll brighten your day.