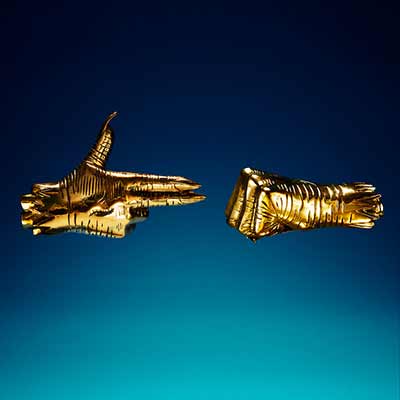 RTJ3 is Killer Mike and El-P at their angriest — and also their most tuneful.

A lot of reviews about Run the Jewels 3 suggest the album is El-P and Killer Mike at their most vicious. The duo is, as usual, angry at the administration, voicing their distaste with our leaders, and promising revolution. They’ve done this before, but it’s never felt as political (even when they were railing against the Bush administration).

If anything, RTJ3 feels like the first record to be anti-Trump.

But what I haven’t read about as much is how musically sound RTJ3 is. It may be a protest record, if a vengeful one, but it’s an incredibly well-made one. It’s the culmination of everything the duo has been working on over the past several years.

As always, the beats are sharp and tonally dark. “Hey Kids” is a classic El-P production, with a swaggering beat that seemingly hums with its ire. “Stay Gold” reminds me of the beats from Cancer 4 Cure, El-P’s best production effort. “Don’t Get Captured” and “Thieves! (Screamed the Ghost)” are delightful counterparts that exemplify the record’s perfect pacing.

But the guest appearances here are notable for the texture they add to the record. Kamasi Washington’s turn in “Thursday in the Danger Room” adds so much to the song; without his saxophone work, the track would be notably starker and less emotive. Washington’s sax work makes El-P and Killer Mike sing over the beat, rather than rap over it.

There is truth, though, in the reviews that suggest this is RTJ at their angriest. The final track (“A Report to the Shareholders / Kill Your Masters”) is a reflection of Killer Mike’s year as a social and political activist. It’s an essay about the months he spent volunteering for Bernie Sanders on the campaign trail and the disappointment in the establishment’s inability to defeat Trump. That the track is partially titled “Kill Your Masters” is an indictment in and of itself.

RTJ3 is many things. It’s a record of revolt and protest, a promise of revolution, and an angry letter from a hip hop duo who’s been warning us all about bad politicians for years. But perhaps more importantly, it’s also a savage hip hop record. The beats are slick, the rhymes are sharp, and the production is absolutely impeccable. RTJ3, like Run the Jewels’ previous efforts, is an easy recommendation that’s easily among 2016’s best.