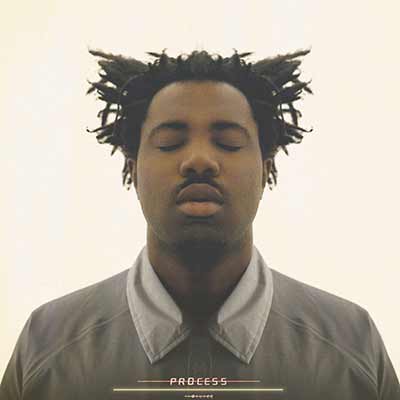 Sampha’s solo debut is ambitious electronic R&B, but what makes it memorable is the pure emotion and energy of the whole package. Process is an early contender for Album of the Year.

Even if you haven’t heard of Sampha, you’ve no doubt heard Sampha. The British singer/songwriter/producer has had his hands all over records and songs you’ve loved over the years. From Drake and Kanye (he helped out with “Saint Pablo”), to Frank Ocean (where he lent a hand on “Alabama”) and Solange (the wonderful “Don’t Touch My Hair” was half-Sampha), Sampha Sissay has been everywhere recently.

And for good reason. Sampha is one of the most talented performers to come out of Britain in recent memory.

Process is his debut solo record. Unlike the music where he’s provided one voice among many, Process is a chance for Sampha to open up and get personal. And boy, does he get personal. Process sees Sampha dealing with the loss of his mother to cancer in 2015 — and consequently, reflecting on the death of his father from cancer in 1998. The songs are intensely emotional, occasionally dark, but almost always revelatory.

Like any good novel would, each track on Process reveals something new about its central character. And Sampha is one of the best storytellers in the business right now. The album’s lead single, “(No One Knows Me) Like the Piano” is one of the most beautiful ballads of the past five years, and it feels like you’re being given Sampha’s private diary.

It doesn’t hurt that his music is so good. While the emotions are raw, the production is anything but. Everything is smooth as butter. Sampha’s voice is amazing — velvety smooth, but rich and textured at the same time.

The album is also difficult to define. It’s one thing to call Process electronic music, but Sampha also frequently dabbles in R&B. Precisely labelling his music is like fitting a square peg into the hole of some complex, hard-to-recognize shape.

At his best, on tracks like “Kora Sings” or “Blood On Me”, Sampha channels the best in his genre. There are times when he sounds like Chet Faker, and others when he sounds like Frank Ocean’s more organic-sounding cousin. Each track is surprising and engrossing, and none of them overstay their welcome.

With unbridled creative enthusiasm, Sampha isn’t interested in defining a genre or fitting into one. He’s making R&B-influenced electronic that defies explanation, but that’s fitting for a clear first contender for Album of the Year.

What Sampha has done, beyond all that, is something tangibly more difficult: he’s captivated us. He’s earned our attention. In 2017, Sampha has made a forty-minute album feel ten minutes long. It’s over in a breeze, and it never feels like it’s repeating itself.

Without a doubt, Process is an incredible success.