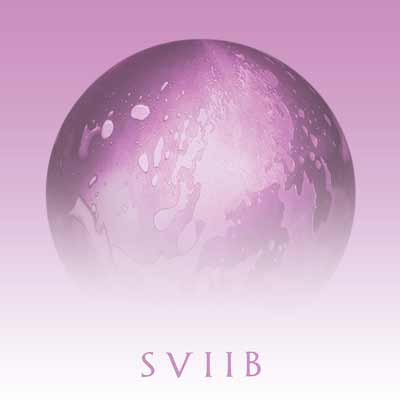 Born of tragedy, the final School of Seven Bells record is a tremendous record that’s beautiful because of both its tremendous songwriting and its refreshing perspective on life, death, and loss.

It’s not too often that a band knows when they’re making their final record. But with the synth-pop duo School of Seven Bells, that’s exactly what happened. Shortly after writing SVIIB in 2012, Benjamin Curtis was diagnosed with lymphoma. Tragically, he did not recover and e passed away in December 2013.

That left School of Seven Bells with only one remaining member, Alejandra Deheza. She and Curtis had gone from being friends to being romantic partners to being only friends again, all while writing and touring together for over half a decade. Understandably, the album was shelved.

In October last year, Deheza surprised us all with the announcement that the final record she and Curtis worked on would be released this year. For fans, it’s been a long time coming. And for newcomers, this record is a sort of morbid curiosity.

SVIIB is, for all intents and purposes, a self-titled album named for the band’s popular short form. It’s clear from listening to it that Deheza has been working on the album since Curtis passed away, as it frequently sounds like a memorial to her friend.

But the album never descends into melancholy or despair. Moments of it feel as if they were written for Curtis after the fact, like Deheza’s refrain in lead single Open Your Eyes: “You are my pain love, you are my sorrows; Can’t you see we’re the same? You’ve got me crying, and now my heart is breaking. Cause I’ve been weeping and I’ve been waiting here silently for too long.”

Other songs are much more transparent: “Confusion weighs so heavy, and I understand nothing of these changes,” Deheza nearly whispers in a stand-out track where it feels like she’s barely holding it together. (It was the last track she and Curtis wrote together.) On A Thousand Times More, she promises to be there until the pain is gone. Elias walks down memory lane with her friend, and thanks him for the time they shared. On Music Takes Me, she gets even less subtle: “I just want to say thank you, thank you for all you gave,” she sings, laying her pain out against the anthemic synth pop background tracks.

Ultimately, that’s what makes SVIIB so compelling. While Deheza is dealing with unimaginable loss, the album never loses itself in the grief and constantly reminds the listener — and in its own way, Alejandra herself — that life is something you cherish while you share it.

On the album’s closer, This Is Our Time, School of Seven Bells stretches their wings for what’s likely the last time and sings about being free to dream. From anybody else, on any other record, it would sound like an inauthentic attempt at positivity. But on SVIIB, it’s given incredible depth. The album transcends synth pop, becoming an intimate and beautiful album dealing with grief and loss in a real, open, and healthy way.

SVIIB is the sort of album that tops year-end lists, exactly the kind you don’t want to miss. It has all the earmarks of a record that will be treasured for years to come.