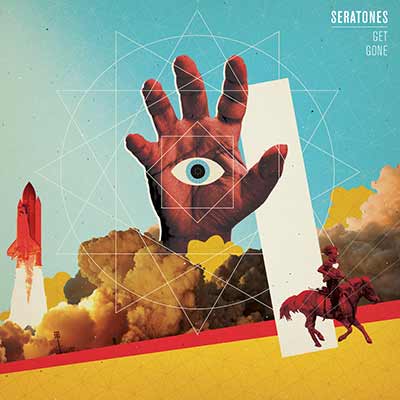 With their first record, Seratones have crafted a sound that is inspired by everything from classic rock and punk (clearly) to church choir-influenced vocal stylings — and to their credit, the unusual mix works.

Get Gone is exactly the sort of rock record that the industry needs more of: a kick in the pants that defines genre conventions in an effort to produce better songs. The title track is decidedly blues-influenced, but the first track (Choking on Your Spit) is filled with punk riffs. And it’s all anchored by singer AJ Hayne’s powerful vocal performance (which she of course learned from singing in a Baptist church).

The amount of all these influences is a debut album that refuses to allow the band to be labeled as anything other than effective rock and roll. Get Gone is filled with one stomping rock track after the other, a vivacious and vicious set of tracks that refuses to conform to expectations.

The anthems, in particular, are quite impressive: short, punk-y bursts of energy that are occasionally punctuated by guitar solos that aren’t indulgent so much as amplify the tune.

The best tracks are the deep cuts: AJ Hayne letting loose on Kingdom Come is one of the album’s biggest treats, and the guitar solo is one of the album’s best. It’s not a single, but it would be a ton of fun live. It’s unusual, imaginative riff is a great introduction to the Seratones sound: unpredictable roots-rock that’s unafraid to shy away from its own genre in effort to diversity its sound.