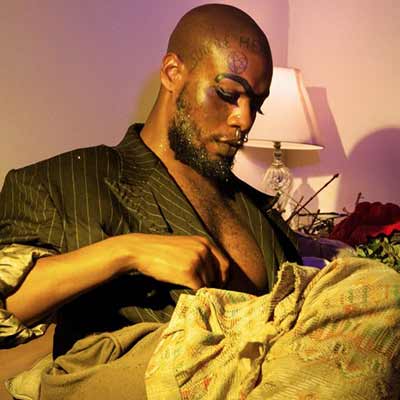 An intoxicating debut from a spellbinding neo-soul artist, Blisters is a captivating group of songs that blend minimalism, gospel, and R&B.

There’s something different about Serpentwithfeet. It’s hard to rationally explain what works about it, because it’s unlike anything I’ve ever heard. In interviews, Josiah Wise (the man behind the music) talks about how he’s blending his childhood love of gospel with sensuality.

Wise talks about growing up in the church and later struggling with his faith and sexuality while experimenting with the occult. He talks about the confusion between the hurt of his soul and the gospel of the church.

But there’s more to the record, I think, than blending soul and gospel. Wise’s music is comfortable without labels or “comfortable” identities. “Blisters”, the opening track, takes a lot of cues from soul music, to be sure. But there’s also a lot of gospel — particularly in the hand-clapping and the choir (who appear throughout the record).

Yet there’s also something operatic about it. Wise’s voice flutters up and down notes and scales, unpredictably guiding listeners through tracks that often feel like the melodic equivalent of spoken word sections at open mic nights. There are moments when Baroque-flavoured instruments appear on the soundstage, but they blend into the background in favour of Wise’s voice.

To be clear, Wise’s voice is sensational. It carries the project on its own. Each song benefits from Wise’s performance, which gives the sometimes-vague lyrics serious emotional heft.

On “Four Ethers”, the force of an entire orchestra stands behind Wise. The song is beautiful, and the classical influence and operatic flair gives it the weight of a ten-ton truck. It’s my favourite track on the record. It’s dramatic, it’s emotional, and it’s the album’s darkest track.

Blisters is dark the way that D’Angelo and Kendrick are dark. It’s a reflection of confusing times. The album feels confused, despite that the blend of soul and classical sounds fresh. It’s odd to call an album neo-soul when it’s so clearly a mix of classical music and alt-‘90s soul, but there’s a lack of genre in Blisters. It doesn’t have a label. And like its performer, Blisters sounds completely comfortable with that.