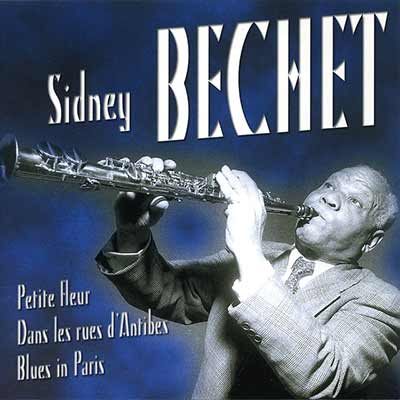 Sidney Bechet’s catalogue of songs is so vast that picking a single compilation of his doesn’t do him justice, but Les Plus Belles Chansons is an excellent way to get acquainted with Bechet’s signature style.

Maybe I’m feeling a touch sentimental after seeing a beautiful wedding today, but as far as romantic jazz music goes, you simply can’t top Sidney Bechet. This lesser-known collection of his, a collection my research suggests was originally released in 1989, comprises most of his best work and some of his best unknown work. Petite Fleur is as beautifully romantic as any France-inspired jazz track can be. Sidney wasn’t a Frenchman — he was American through and through — but his odes to Paris make the city sound as beautiful (and sexy) as the most stunning French women.

Les Oignons is Sidney’s most popular work, and it’s notable for being very danceable. In Sidney’s time, this would have been hot. Today, it sounds like a relic — but a beautiful one. Le Marchand De Poissons is some of the most fun you’ll ever have listening to jazz music too.

If you want my vote for what’s simply the most romantically beautiful and sentimentally sweet jazz song — perhaps of all time — look no further than Si Tu Vois Ma Mére. Film lovers among you might recognize it from the opening sequence of Woody Allen’s late-career piece de resistance, Midnight In Paris. Those of you who haven’t seen that film need not worry: Si Tu Vois Ma Mere can and will transport you to a place far away, if you let it.

There are so many further standouts on this collection. As-Tu Le Cafard? gets my foot tapping despite its slower nature, and I Get A Kick Out Of You sounds like it’s coming straight from Pixar’s Up. Almost every track on this album is worth linking. It’s insanely cheap on iTunes, and simply a must-have.