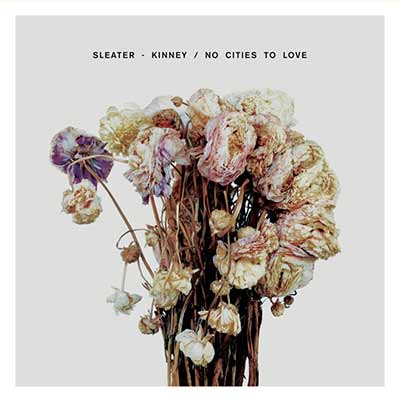 No Cities To Love

Sleater-Kinney come roaring back from a hiatus that was much too long with what might be one of 2015's best rock albums. With all guns blazing and all speakers blaring, the women pound through rock riff after rock riff — and prove that, perhaps surprisingly, not much has changed in the past ten years.

If this is your first time hearing about them, Sleater-Kinney isn’t a law firm, despite the name. In fact, for a period of time, some publications declared them one of the early 2000s’ most essential rock bands.

Their latest release, No Cities to Love, comes after a decade-long hiatus. It might be their best record, which is incredible. If you’ve been living under a rock, it received practically universal acclaim from critics last year and has been dominant on Best Of lists.

What makes the record so special isn’t just great songwriting or intricate and unique chunky riffs. It’s that all of this greatness is stuffed into a collection of raw, unnerving three-minute punk-like songs.

With great songwriting, awesome riffs, left-leaning politics, and perfect cover art, there isn’t much not to love here. You’re missing out if you haven’t heard No Cities to Love yet.