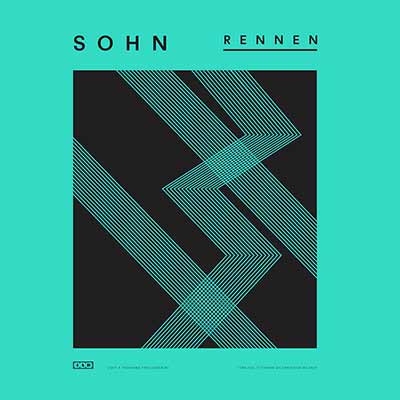 SOHN follows up on his debut with a record that takes him closer to pop — but even while he broadens his audience, he never loses sight of his roots.

If anything, Rennen feels more consistently good than Tremors, SOHN’s debut did. But part of that is there’s a larger energy: on Rennen, the beats are more energetic and kinetic. There’s more forward motion here.

Take “Hard Liquor”, the opening track. It’s more energetic than anything was on Tremors, with a beat and chorus that get stuck on your head for days. (I also love the “tremor” beat at the beginning of the track; it’s an acknowledgement of where SOHN is coming from even while he’s revealing where he’s going).

“Conrad”, on the other hand, melds this energy with a blues and soul rhythm that captures the style du jour without betraying SOHN’s sensibilities. That reveals a trend throughout the album: while SOHN’s electronic sound is always more soothing and restrained than some of his contemporaries, he’s not afraid to embrace trends.

At the same time, though, not everything here is trendy. “Proof” sounds like old-school Justin Timberlake melded with some of Radiohead’s ambitious stylings, a sound that certainly won’t be popular with many. Similarly, “Falling” feels like the most percussive track on Rennen. It reminds me so much of what Radiohead was doing with In Rainbows, or what Atticus Ross and Trent Reznor were playing with on The Social Network soundtrack.

For me, these tracks are the ones where SOHN eschews trends and embraces what he loves. They are, without a doubt, the best tracks on the record for my taste. But that’s not to say the rest of the record is bad; arguably, the presence of catchy and mainstream tracks like “Hard Liquor” make the experimentation of “Falling” so much sweeter.

The album’s pacing is impeccable. If there’s one thing that SOHN’s inarguably gotten better at, it’s pacing his record. It was hard to listen to Tremors on a loop. Each track was good, but the record’s overall pacing was fatiguing. With Rennen, that’s not the case.
I know many will disagree — and a lot of other critics already have — but I think Rennen is, taken as a whole, a better record than Tremors. It’s more accessible and has a stronger pacing, and SOHN is able to maintain his impeccable production and style even while he embraces more mainstream sounds.