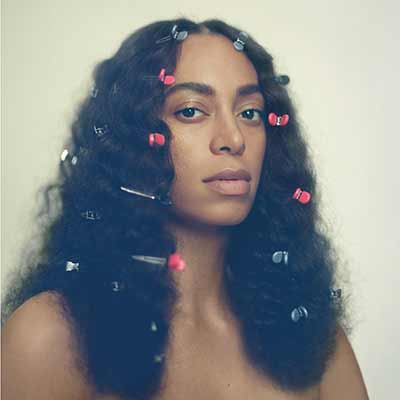 A Seat at the Table

On A Seat at the Table, Solange Knowles finally comes into her own as she sings about what it’s like to be a black woman in America. It’s not just her best record — it demands to be heard.

Every track on A Seat at the Table is a hymn. I don’t mean that in the sense that the tracks are religious; they’re most certainly not. But they have a religious air. It’s not that the music doesn’t believe in anything; if anything, the religion on display here is a belief in the power of women.

For Solange, this groovy combination of R&B, pop, funk, and hip hop nearly outgrows her sister Beyoncé’s shadow. There are songs on here that will go down as some of the year’s best: “Cranes in the Sky”, “Mad” (which might be the best track Lil Wayne’s ever been on), and “Don’t Touch My Hair” — the album’s standout by far.

These songs are about being black, to be sure. After all, this is 2016. After To Pimp A Butterfly, it feels like every record from a figure in the black community is a statement about black realities. But more importantly, A Seat at the Table is about being a woman.

Because its tracks are mixed with spoken word interludes from important men and women in Solange’s life, A Seat at the Table feels authentic. This is a coming of age record that’s about being a woman, but it’s also about being Solange. While the record isn’t as incendiary as Lemonade, the songwriting here is intimate and the production is warm enough that it feels like Solange is sharing this with you in hopes you’ll empathize with her.

That’s what makes so many of these songs — even less noted tracks like “Where Do We Go” — work so well. I’m a white guy from Canada; I don’t know anything about the world Solange sings about. I can never claim to have recognized it. But A Seat at the Table makes me feel like I’ve experienced it, and I empathize with the plight of black womanhood in America in 2016.

A Seat at the Table is a powerful record. I believe, and hope, it can create dialogue like this in our communities. So yes, this is Solange’s best record. She’s finally come into her own. The music is beautiful and her style is just right. She’s not trying to imitate anybody else (or if she is, she’s hiding it well). It’s a great record.

But it doesn’t matter that this is her best record. None of that matters. Solange wants our attention, and she’s got something to say. It’s time to listen.