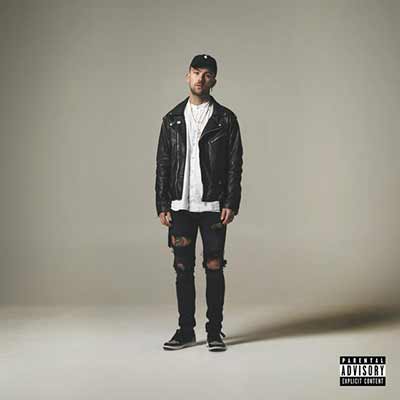 SonReal’s new EP is his best production work and most refined vocal performance yet. It’s fun hip hop from a producer who understands his skills and knows how to work within his limitations.

It takes about sixteen seconds for SonReal to kick off The Name EP and reveal his full intentions. When the beat kicks in on “Can I Get a Witness”, SonReal’s soul influence appears. It’s a style he’s particularly good at, and it makes his music more fun than it’s ever been before.

This focus on fun soul and piano elements continues with “No Warm Up”, which puts SonReal’s money where his mouth is. It’s purely vintage hip hop that sounds influenced Macklemore and Classified, but has SonReal’s unique vocal approach all over it. It’s also, like much of the EP, inescapably funny.

It helps, too, that SonReal is growing as a rapper. At the thirty second moment of “No Warm Up,” SonReal goes for a vocal riff that rivals anything Eminem spits. It’s pure skill on the mic.

On The Name EP, he drops almost every air of seriousness he might have had for a soul influence that becomes evident later on in the EP. (The only track on the record that takes itself too seriously is “Soho”, and it’s used almost to mock other rappers in the game.)

The soul influence continues on “All I Got”, which sees SonReal trade in hip hop for a particularly tender vocal performance. It’s a flawless (and surprising) R&B track that betrays SonReal’s abilities as a singer. It’s stunning. It makes it clear, too, that SonReal’s overarching influences from old-school Motown flavours.

Contrast the romance of “All I Got” with “Hot Air Balloon”. “Hot Air Balloon” is perhaps the most fun I’ve had with a hip hop track all year. The backing track sounds like Jackson 5, and SonReal embraces levity. It’s fun, funny, and most importantly, catchy as all get out. The bridges and codas, complete with a clapping choir and a soloing saxophone, are all too brief.

The Name EP makes a statement: SonReal embraces his abilities here better than ever, with a strong focus on soul influence and R&B that’s different from many of his peers. As always, SonReal’s writing crowd-pleasing hip hop, but The Name EP reveals how good he is at it — both as a producer and a rapper. It’s his finest and most polished release yet.