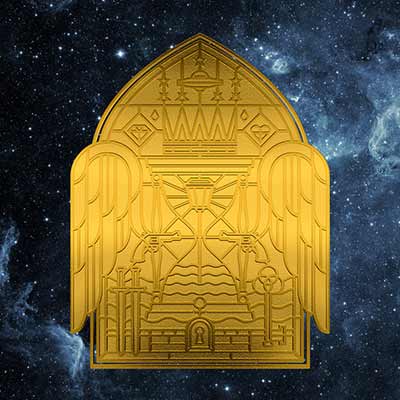 On their sophomore record, St. Paul & The Broken Bones offer a more mature, earnest sound that’s as powerful as ever.

It sure doesn’t feel like it’s been two years since Half the City, St. Paul & The Broken Bones’ debut record. But in some ways, it’s surprising it’s only been two years. The band now sounds so much more refined and mature that it’s hard to believe this is only their second album. If anything, the band sounds more intimate than ever.

The changes in the band’s sound are evident from the first track. “Crumbling Light Posts”, which is a three-part theme throughout the record, is the strongest sign that the band has changed. The songs have more emotional, visceral depth and sincerity. They’re also the best songs the band has ever written.

The album is filled with catchy tracks. “Flow with It (You Got Me Feeling)” is one of the band’s catchiest songs, and “All I Ever Wonder” is already one of their most popular tracks.

But these tracks have more depth than before. “I can’t tell what side I’m on / I can’t tell what’s right or wrong,” the band sings on “All I Ever Wonder”. On the Tom Petty-inspired “Sanctify”, he sings “I want to feel something real.”

These songs are no doubt inspired by life on the road. They’re dazed and confused, but they’re emotionally stirring. They’re exhausted, but not exhausting. They’re questioning the realities the band thought they knew before they saw more of the world.

It’s worth restating how great these songs are, even if they do feel more “aware”. Tracks like “Brain Matter” deviate from the band’s traditional soul inspiration, sounding almost like Arcade Fire tracks. And when they get back to their roots on tracks like “Sanctify”, “Burning Rome”, or “Tears in the Diamond”, the band is stronger than they’ve ever been. These songs all feature decadent performances.

Half the City felt like a live record. It felt like an album that captured all the visceral energy of a band known for its live performances. But Sea of Noise is different. The band doubles down on writing earnest, sincere, mature music. It’s not as energetic, but it’s more convincingly emotional — without feeling contrived.

The strange result of all this is that Sea of Noise becomes the intimate counterpoint to Half the City. We got to know St. Paul & The Broken Bones on Half the City, but on Sea of Noise, they open up. They share their deepest secrets.

Sea of Noise proves that St. Paul & The Broken Bones have something to say, and a more varied toolkit than any of us expected. It’s a sign they’ll be around a while longer.