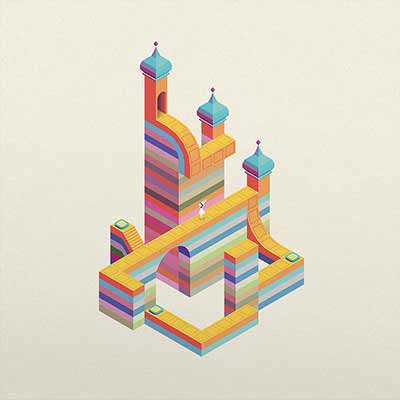 The soundtrack for popular mobile game Monument Valley is as beautiful as the game is, but its real power lies in the ability to transport listeners to new destinations.

With the recent news that Monument Valley’s soundtrack is getting a vinyl treatment, now feels like the perfect time to revisit it and talk about what made it great.

Far from being a soundtrack to a simple video game, fans of Monument Valley will know that the soundtrack had a monumental (pun intended) task. It had to match the intricacy of a puzzle game so gorgeous and understated that it won a design award from Apple, and it also had to carry the player through a game based more on texture than story-telling.

The soundtrack rises to the soundtrack with aplomb, easily moving from one theme to the next. It can be quiet or energizing, but it’s never over-powering and frequently calming. More importantly though, there’s a certain depth to it that’s lacking from most of its brethren.

Many people believe that music is made up of textures and colours. There’s a known phenomenon where some people perceive musical notes similarly to the way they perceive colours, to the point where they can close their eyes when they hear somebody play a D# on a piano and vividly see the colour they associate with that note. I imagine that, for those people, the Monument Valley soundtrack would be an incredible experience.

For the rest of us, the soundtrack transports us to another place. Even if you haven’t played the game, the music feels decorated with the same sense of playful curiosity that the game’s M.C. Escher-inspired art direction is. It’s moody without being sour, and more interested in sounds than it is in the construction of a whole.

That doesn’t result in a feeling of disconnect, though: the Monument Valley soundtrack feels united in its thematic sense of exploration as it guides the listener from one feeling to a next. Certain tracks are starkly reminiscent of the same Indian music that inspired The Beatles’ Tomorrow Never Comes — but in a completely different, quieter and more introspective fashion.

For fans of the game, the soundtrack is a must-listen. And for those of us who haven’t played the game, it’s a journey to a world we haven’t experienced yet — a journey as magical as many of our favourite film soundtracks. (And if you’re wondering what all the fuss is about, you can download the game for iOS here.)