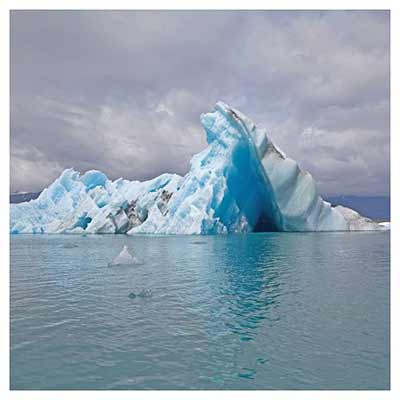 Surfer Blood has always been a pretty sunny band. The definition of surfer rock, their music has always predominantly featured jangly chords and major keys. Even at their rockiest, they didn’t become as gloomy as some of their indie rock contemporaries.

In 2015, Thomas Feteke, Surfer Blood’s guitarist, left Surfer Blood after being diagnosed with a rare form of stomach cancer. Snowdonia is the band’s first release since his death, and the only one in Surfer Blood’s career thus far to be written without any input from him.

To complicate matters even further, longtime bass guitarist Kevin Williams left the band in October last year to “pursue other opportunities” (I haven’t heard what he’s up to yet).

That left only two members of the original group: singer John Paul Pitts and drummer Tyler Schwarz. The band brought in an old friend of theirs from high school, Lindsey Mills, to replace Williams on bass. Mike McCleary has the even-more-difficult job of filling in for Thomas Feteke.

So Snowdonia is very much a record with roots in loss, starring a band in transition.

Sometimes, this is obvious. There’s new ground broken on Snowdonia that has little in common with Surfer Blood’s roots. Tracks like “Six Flags in F or G” are more experimental than anything the band has done before. (And you can tell they’re a direct result of Feteke’s death: Pitts describes what he feels as “parasitic grief” on the track.)

If anything, tracks like these make it clear that the band is going through a phase where everybody has to get to know each other again. Things don’t necessarily gel the way they used to.

But on occasion, they do gel very well. “Frozen” is one of the best indie songs I’ve heard in a while, with an astoundingly catchy riff and melody that reminds me of their output circa 2010. But unlike that year’s Astro Coast, Snowdonia feels less focused and less refined. Tracks like “Instant Doppelgängers” and “Taking Care of Eddy” feel like vintage Surfer Blood, even while they tread new ground, but they don’t hit below the belt the same way that Astro Coast did (and does).

All that being said, Snowdonia is an impressive record because it feels like lightning in a bottle. Few bands are willing to be this openly vulnerable with their audiences, opening up the most difficult chapters in their lives for all to see. It might not go down as a classic, but Snowdonia is better than anybody had any right to expect. It’s a fun record, with some great ideas and new directions for the band.

And as a case study of bands in transition, it’s hard to beat.