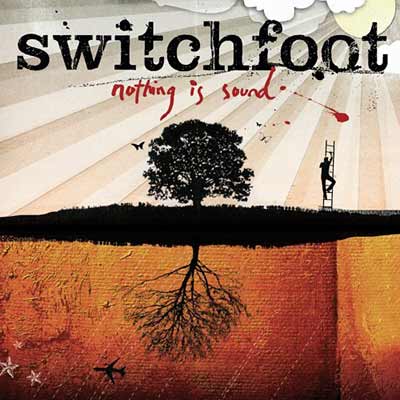 Nothing Is Sound is often derided by fans as their major-label sellout record, but it ironically might be their best effort and most cohesive set of tracks.

Is Switchfoot passé? The band known for pop hits like Dare You to Move, Meant to Live and Bullet Soul might be out of style, but these guys put on the best live show I’ve ever seen (and I’ve seen more than my fair share) and their deeper cuts are astounding.

Nothing Is Sound is reportedly the album the band dislikes the most from their repertoire, because it was a period filled with strife with Sony, who was their record label at the time. From that strife, though, came a beautifully sad record about death and finding peace and happiness in the dearth of seemingly meaningless existence. Although the band may not look back fondly on their time making Nothing Is Sound, what resulted is a record that climbs past compromise and becomes better than the forces against it.

The album’s best known for Stars, the lead single, but Happy Is a Yuppie Word is one of my top-five favourite songs of all time, (and based on a Bob Dylan quote to boot). The Shadow Proves the Sunshine is a rare glimmer of hope on the record, but at only four tracks in, Jon Foreman has already proven himself as a modern-day lyrical Psalmist. The Fatal Wound lives on as one of the most memorably sad songs of all time, and Daisy is profoundly uplifting and builds to an immense climate.

To me, Switchfoot was always that lone rock band doing what few of the other 90210-types were doing — a modern-day under-rated American Beatles of sort — and Nothing Is Sound is easily their best work. The songs are catchy, but the lyrics offer astounding depth.