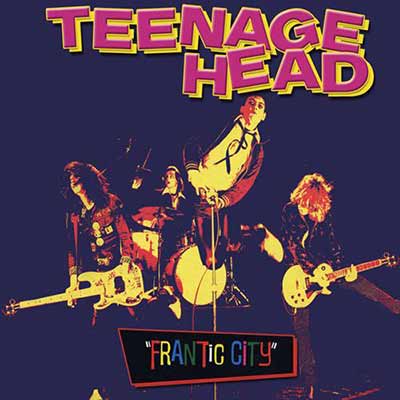 Teenage Head, Canada's original punk band, put out their best record with Frantic City. It's a tour-de-force of punk rock and roll, and shares similarities with both The Ramones and Chuck Berry — which makes it very approachable for its genre.

As usual, we Canadians had a unique way of doing things: Teenage Head sound like no other punk band at the time. There’s a touch of hardcore to them, but in reality, these guys are way more Ramones than they are Misfits. Which is totally fine, by the way.

Where it gets bonkers is the way they mash that sound with the style of Chuck Berry. It took a couple seconds for me to get t, but really, it’s hard to say there’s anything more punk than that — particularly for its time. In Berry’s day, Johnny Be Goode was the most rebellious song going. And Teenage Head were… Well, they took off because of an incident involving a police riot, so they were no stranger to notoriety.

I guess my point is, combining the Ramones and Chuck Berry is actually very fitting. And I think you’ll love it.