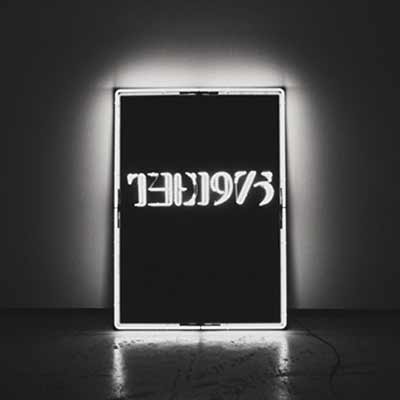 The 1975 are a new sort of rock band: they defy genre conventions, throw away big walls of distortion, and trade it all in for something that’s hard to define but easy to love.

The 1975 are awesome. This record, which is their debut after four EPs, came in at number one in the UK ahead of Nine Inch Nails last week. (Good for them, honestly.) This record might be from a new band, but it’s intensely polished and often very danceable. The City has got an infuriatingly catchy bounce to it. M.O.N.E.Y. is a song that a friend of mine said would be perfect in a commercial, but I think it might be too subtly dark for that. I think it’s beautiful.

This is a band you’ll immediately recognize as being incredibly layered and nuanced with its details. I love it. Chocolate is another catchy radio song that I can guarantee is going to get some great airplay — especially that post-chorus. Sex is as catchy as you could imagine a song on that topic being, maybe catchier. Heart Out sounds like it’s straight out of the 1980’s, and Settle Down maintains that upbeat. Robbers is slower, and that’s when the album takes a turn.

A lot of people might misinterpret the album’s later tracks as being indications that the band can’t maintain a set of quality tracks, but slowing down makes it feel very emotional. Menswear is aesthetically beautiful, and when Matthew Healy finally starts singing, it feels nearly cathartic. Is There Somebody Who Can Watch You is totally different from the rest of the album, but its slow and sad melody makes me pause. I’m a sucker for a melancholic final track.

The 1975 is the kind of album you’ll want to put on repeat again and again and again, and I wish I could just share a Youtube link to every track. A must-listen.