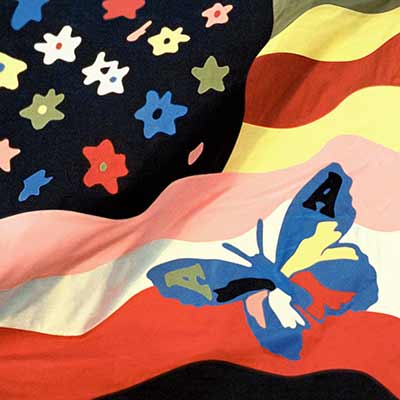 It’s been sixteen years since their debut album, but Wildflower doesn’t disappoint despite the seemingly never-ending wait.

Fans of The Avalanches and Guns N’ Roses probably have a lot in common: they both waited an impossibly long time for a new record. That’s where the similarities probably end, though, because the new record from The Avalanches is actually really great.

Wildflower has been in production since 2005, and shares much of the same spirit of their 2000 debut. The plunderphonics style, where the band makes their music almost entirely out of samples, is still alive and well — although the band is definitely relying on it a little less this time around. But the tracks where they stick by that style are among their best.

I love Because I’m Me and Frankie Sinatra (the first single). I think the hip hop styles on the record are really fun, and it reminds me a lot of Beastie Boys — but in a positive way.

Unlike Since I Left You, Wildflower feels like it’s largely based on the 1960s counter-cultural movement, with a lot of samples dating from that period. (At one point, The Avalanches were reportedly making a Yellow Submarine-inspired video, but the funding fell through and the music never saw the light of day. The closest we might get to that sound is Livin’ Underwater (Is Somethin’ Wild).) Even If I Was a Folkstar, which samples Queens of the Stone Age, feels suitably retro.

If Wildflower has a single flaw, it’s its length. At twenty-one tracks (twenty-two if you include the extended mix of Frankie Sinatra), the album isn’t easily digestible. With albums of this running time, I always feel that the band could have done some trimming — and I still feel that’s the case here, even if the trimming would have amounted to cutting the briefer interludes.

When The Avalanches aren’t making interludes, there’s a sense of forward movement to the record that’s absolutely delightful. The Wozard of Iz has a really great sample, and an undeniable sense of momentum.

By the time the album concludes with Saturday Night Inside Out (which samples Father John Misty), I feel both exhausted and enlightened. The Avalanches have made a statement with Wildflower: one that says they’re still the kings of samples and partying, but one that also says they’re aware of where they come from. It’s essential music from one of Australia’s best bands.