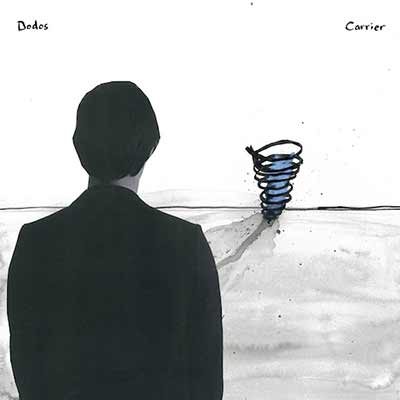 Carrier isn’t as fun as previous records from The Dodos, but what it lacks in energy it packs in emotional substance.

First of all, apart from having an awesome name, The Dodos are just an awesome band. Carrier is their newest record. It’s best described as sophisticated sad indie music. If you’re going to ask me, I’d skip the opening track — Transformer just doesn’t do it for me — and get right into Substance. Substance is much more indicative of where Carrier is going.

That being said, the album really picks up with Confidence, which is a beautiful track and one of the record’s more high-energy songs. Really, if Confidence was the opening track, the entire thing would be fantastic from the get-go.

If any album ever defined the term “slow burner,” Carrier is it. But it’s worth it. The end of the album is stronger than the beginning. Dodos’ strength, at least from where I sit, lies in the way they layer their instruments. Relief is a great example, with quickly-plucked arpeggios and vocals working together to create a fantastic whole. Not unlike its oddly weak opening track, I think The Ocean is a weak ending — not a bad song, but just an inappropriately placed track. But Destroyer and Death would make tremendous closing counterparts.

In some ways, Destroyer is the most high-energy track on the record, and Death is certainly the most somber (it could probably make the boys in The National weep). Side by side, the tracks are powerful, but ending the album with a one-two punch like that would have been truly ballsy.

The odd pacing indicates that The Dodos aren’t too interested in predictability, and they’d rather put the power of the album in their performance and emotional capacities. In that sense, Carrier is a tremendous success. It’s unusual for a record from Dodos, but it’s tremendously surprising and moving.