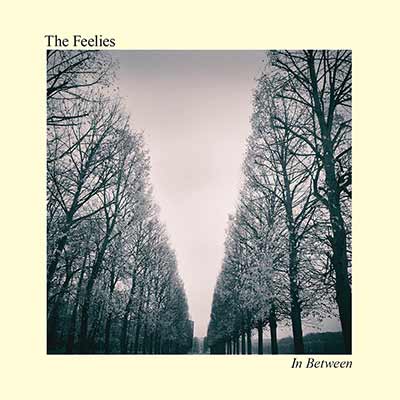 In Between is an album that makes The Feelies sound far younger than they are, and is a can’t-miss record for fans of both the band and indie rock.

On In Between, The Feelies don’t sound like they’ve been around for over forty years. They sound young, hip, fresh, and rejuvenated. And after four decades, they’ve made another great record.

I don’t know why this is always so surprising. You should get good at your job after forty years, but that somehow rarely happens in the music industry. For The Feelies, it might be a sense of mortality that’s compelling them to write such good music. Or maybe it’s just the lo-fi acoustic guitar vibe that brings out the best in them.

Either way, it doesn’t matter when the music is this good. The album is largely acoustic, and that’s great for The Feelies — it puts the focus on their songwriting, and not on their abilities as musicians. The instrumentation and the lyrics are front and centre, and almost feel like easy listening.

There’s a quality here that’s unsurprising for a band with their experience. Any great band from The Feelies’ era has to put out great acoustic rock. It’s a requirement. And here, whether it’s on the mellow album opener “In Between” or sing-alongs like “Stay the Course”, the band is staking a claim.

As the album goes on, it picks up a lot of steam. “Gone, Gone, Gone” is significantly faster than “In Between”. The final track, when the band reprises “In Between” again, is a fascinating case study of how a track can fall apart. “In Between (Reprise)” builds up until it self-destructs into a wall of electric distortions and noise.

For a band apparently writing music about their own mortality, that should perhaps be unsurprising. As time goes on, they increasingly run out of it, and the album has an increased sense of urgency by its final track.

But truth be told, I don’t think there’s a grand statement here about life or death. I don’t want to read into it. That being said, increasing the momentum in the back half of the record is a great — and unusual — way to maintain interest. And it makes each subsequent listen that much more rewarding.

It’s easy to recommend The Feelies’ latest album. In Between is brilliantly paced and written. It’s all killer and no filler, and fans of the band — and lovers of indie rock — would be remiss to miss it.