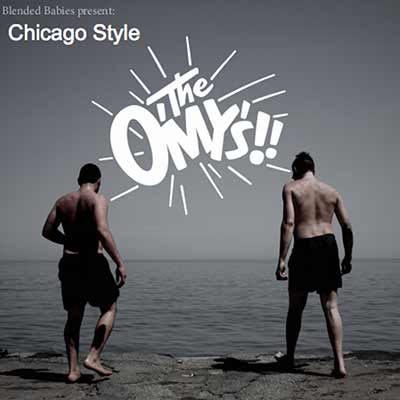 Chicago Style is, almost without a doubt, the best record from The O’My’s. The record sees the group embracing Chicago’s musical roots and putting out a record that sounds like a dirtier, more hip hop-influenced Alabama Shakes. The soul goes deep here.

Chicago Style isn’t the newest record from The O’My’s (at the time of this writing, that title belongs to Keeping the Faith), but it is my favourite of theirs. It’s a laid-back example of everything that makes Chicago’s storied history with music great.

At their heart, The O’My’s are a soul band, but they’ve infused it with hip hop, jazz, blues, classic rock, and more. Chicago Style, as a record, is more diverse than most artist’s careers. You can tell just from the band lineup, which includes a trumpeter and a sax player, and their guest list — which includes Chance the Rapper — that The O’My’s aren’t interested in pigeon-holing themselves.

At their best, The O’My’s sounds like a dirtier Alabama Shakes. Compare The Wonder Years (the first track) to Girl It’s Been Fun (the second track). There’s a wider variety of influences than Alabama Shakes’ music, but they share a similar soul. There’s a falsetto in The O’My’s music that doesn’t sound too dissimilar to Brittany Howard’s vocal range, and both bands share a fascination with 70s-era psychedelic rock.

At the same time, The O’My’s are very much in their own realm: their music really does sound like Chicago, making the album title very apt. Its a laid-back fusion of the modern hip hop that Chicago has become known for and the old-school R&B that it was known for back in the day.

There’s a revival happening right now in Chicago with its music scene, and I’d love to see The O’My’s becoming the leaders of that movement. When you hear their music, you’ll just know: they get it.