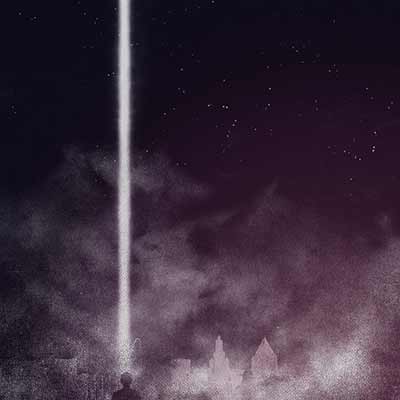 The Range doesn’t sample pop stars on his new record. Instead, he samples the voices of unknowns he heard singing on YouTube. As a result, he might have made the most culturally important electronic record this year.

“Right now, I don’t have a backup plan for if I don’t make it.” That’s the opening line of James Hinton’s second record as The Range. Hinton doesn’t sing it; it’s a YouTube sample, but it feels completely authentic and natural — despite Hinton’s playful way of stopping and starting the line mid-phrase. It feels like a hiccup, as if your copy of the album is broken or needs to buffer. But when you realize these unnatural pauses are part of the fabric of the song, it suddenly has weight. Part of the meaning is the space around the sample.

So yes, The Range is an electronic musician who samples a lot. He does it with reckless abandon. More importantly, though, is that he’s sampling from the unknowns on YouTube. In all likelihood, these are voices you’re unfamiliar with. You might assume that he’s rapping or singing some of these parts, or that he called some important rapper who’s signed to some important label, but it isn’t so.

Hinton doesn’t select these musicians because he think they’re silly or have no chance of success; the beats he’s crafted around their vocal lines have the utmost respect for their work. He’s elevating their material to another standard, even if they aren’t always at his. I don’t think he’s aware they’re not always at his level of quality; frankly, it’s not important.

Speaking of, the beats that Hinton has put together are impeccable. Tightly crafted, expertly woven together, each track is as good as the one that came before it, and it never feels like Hinton is recycling ideas. In fact, he’s arguably inspired by his samples. Calling the record Potential is perfect: it’s not just the potential of the artists that he’s elevating, but he’s elevated the potential of his own work.

Take Florida, the most popular track from the album: the beat isn’t entirely unfamiliar. You and I have both heard music like this before. Neither are the vocal elements, which I actually thought were sampled from a pop song. But combining them allows the song to be elevated above itself, and it feels much larger in scope than it is — especially since much of the beat is actually a quiet production.

As the album continues, tracks like Falling Out of Phase feel like they’re part of the story: Hinton’s story, the aspiring YouTuber’s story, and our story as listeners. By focusing on unknown singers instead of pop star samples, Hinton has put Potential on another level of cultural conversation. The album becomes about our place, as listeners and the people who sing along, in the context of music and musical history. We are involved in this conversation.

In a weird way, it makes Potential a much better record. It’s more involving as a result, something you want to listen to more closely. It’s a good electronic record, but this ability to get our intention and inform us of our own work and abilities makes it an important one. Potential is about much more than James Hinton. It’s about us.