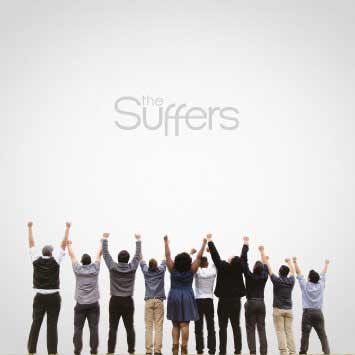 The Suffers’ debut self-titled record is a celebration of the power of performance, but also an incredibly self-aware record from a new band who might be capable of bringing old-school soul into the twenty-first century.

The Suffers’ self-titled debut album comes without much notice from mainstream publications, which is a shame, because they have an air of authenticity to them that’s rare amongst the soul throwbacks that are so popular right now.

Part of that might be because the band is so large: with ten members, The Suffers aren’t short on creative potential or ability. But there’s a whole lot more to them than just creativity: they sound like they stepped out of the era of Al Green, Earth, Win & Fire, The Temptations, and Aretha Franklin. But according to a brief interview with NPR, they’ve also been steeped in everything from Latino ska and hip hop to country and R&B.

Franklin might be the band’s strongest asset. She’s a powerhouse performer, an incredible singer, but she’s also the biggest reason they don’t sound like a copycat band or a cover group. Her sense of restraint keeps them from coming off as completely old-school. It’s not exclusively about holding off on the big chorus reprise, but it’s also about holding off on some of the genre’s most typical conventions. While the music is big and loud — and nearly punk-like in its celebration of the power in its own performance — Franklin avoids walking the same path and becoming as melodramatic as Aretha Franklin often did.

For a debut record, The Suffers is stunningly self-realized, and the band seems incredibly self-aware. That sort of vibe is what separates them from the rest: it’s something that allows The Suffers to carry soul music into a sense of its own modernity without losing what made it so special before. This Houston band is all soul, all the time, but the power of this record lies in its performance.

The Suffers will make for quite a live show.