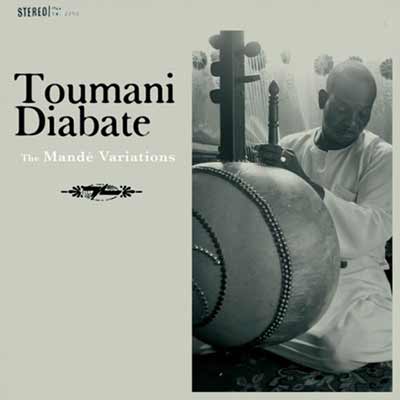 Unlike many of his other records, Toumani Diabaté goes solo this time around and refrains from bringing in a backing band. Instead, he elects to play through The Mandé Variations with nothing more than a kora, an African instrument that sounds simply beautiful. What follows is a record that is at once classically-inspired with the styles of jazz improvisation and African folk — something truly compelling and unique, again proving Diabaté to be one of the most inventive writers of his time.

Toumani Diabaté’s name is either familiar to you because of his Grammy award-winning take on Middle Eastern sounds and classical guitar (and your excellent taste), or because he won a Grammy award (and you have no idea what I’m talking about). But Diabaté’s sound is not one that can be missed: his unique style has been honed over decades and has remained consistently experimental.

Most people would say that he came into his own, though, on his second record: The Mandé Variations, a beautiful take on what Middle Eastern classical might sound like. With beautiful production values and an intense focus on his lush guitar playing, fans of guitar work and great composition will find a lot to like here.

There’s also a lot to note here when comparing Diabaté to modern-day guitar gods: players like Kaki King (one of the world’s best) undoubtedly owe much of their playing style to Diabaté, and particularly the way his records (beginning with The Mandé Variations, which was critically acclaimed) drew attention to the unique sounds that classical-influenced guitar playing could offer.