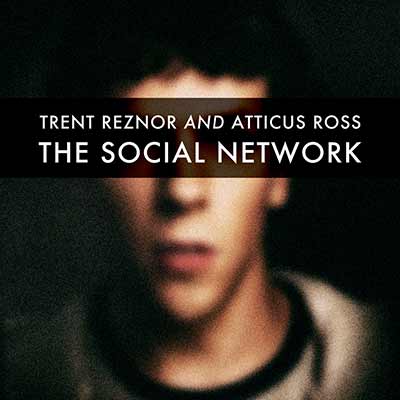 Trent Reznor and David Fincher make a delightful pairing. The soundtrack for The Social Network is darkly beautiful and as powerful on its own as it is when married to the film.

I haven’t recommended a soundtrack before on this site, but I’m glad The Social Network is the first one. It’s a great collection of music — it’s dark and energizing, in the sense that it’s easy to get work done while listening. In fact, it’s one of my go-to records if I need something motivating in the background while I work. There are no vocals to distract me, but the thump of the bass keeps me going.

Trent Reznor’s work here is obviously influenced by his more electronic Nine Inch Nails records, which I love. In fact, some songs — like In Motion — are remixes of work from Nine Inch Nail’s Ghosts (which is also a fantastic record).

Hand Covers Bruise is drenched in melancholy, but A Familiar Taste is dripping with angst. The Gentle Hum of Anxiety is a perfect title for one of the most anxiety-inducing bits of music from a film I’ve ever heard. But at the end of the day, the track you most need to hear from this is the cover of In the Hall of the Mountain King.

If there was ever an obvious pairing, it’s Trent Reznor and David Fincher. Both of them are fascinated by using digital techniques to improve what are traditionally analogue mediums. While both are praised by fans and critics, there’s also a left-wing conservative group of people in both mediums who say they’re going against what music and film is all about. But it doesn’t matter. With The Social Network in particular, they’ve made their piece de resistance: a piece of digital art in an analogue framework about a movement to make real relationships more digital and artificial. There’s something beautiful about that.

Film soundtracks are interesting because they rarely stand on their own. The Social Network not only stands on its own, but it’s one of my all-time favourite albums — and perhaps my favourite electronic album of all time.