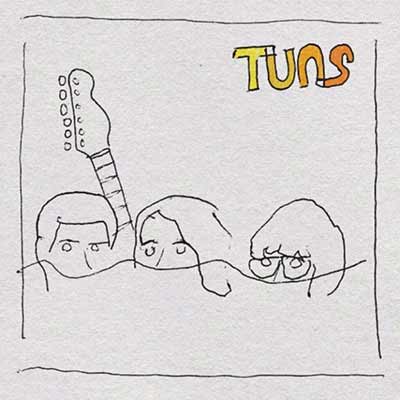 On their self-titled debut, members of Sloan, The Inbreds, and Super Friendz prove a supergroup doesn’t have to be a gimmick.

Supergroups are a tough nut to crack. As often as they’re about camaraderie and trying new things between friends, they end up bathing in ego. Supergroups like that are too common, and have given the term a bad rep. Which is why I hesitate to call Tuns a supergroup.

Perhaps the lack of ego in Tuns shouldn’t be a surprise. After all, the band’s three members all hail from Halifax — and in Canada, we can’t have egos without repeatedly apologizing for them. Leaving egos out is just easier for Tuns; anything else would be un-patriotic. (If you’re not from Canada, you might think I’m joking. I assure you I’m not.)

Uniting Sloan’s Chris Murphy, The Inbreds’ Mike O’Neil, and Super Friendz’s Matt Murphy, the group largely writes power pop/indie rock that feels like a modern-day throwback to both the ’90s and The Beatles (“Look Who’s Back in Town Again” made me want to listen to Revolver).

But of course, it’s also much more than that. “Back Among Friends” opens the album by stating the obvious: these three guys have known each other for decades now, and it feels good to hang out and jam. Tuns is the definition of a feel-good record. Whether you’re familiar with the members’ other bands or not doesn’t matter — you’re going to have a good time.

Tuns is also the definition of a summer record: jangly indie with catchy choruses prevails. “Mind over Matter” and “Lonely Life” both have these fantastic, radio-ready choruses that carry all the sunshine and joy of long summer drives down the highway (and a clear ’90s influence). “Mind Your Manners” is the song that feels most reminiscent of some of Sloan’s work, with a verse that has all the propulsive energy that band is known for.

At the end of the day, Tuns feels like a bunch of friends having a good time. It feels like a record they always wanted to make — yet it sounds very different from the rest of their respective catalogues.

It’s clear that Tuns is a record that can only be made with the benefit of age and experience. This isn’t a record these men could have made when they first met, no matter how hard they tried. While their music is still as youthful and energetic as always, it leaves behind the issues of youth and strives for the earnest sincerity that comes with time.

Tuns is an excellent debut. It shirks ego in every way. It clears new creative ground for the gentlemen involved. But most importantly, it’s filled with great, catchy music. For lovers of pop-tinged rock, Tuns’ debut record is the perfect way to close out the summer.