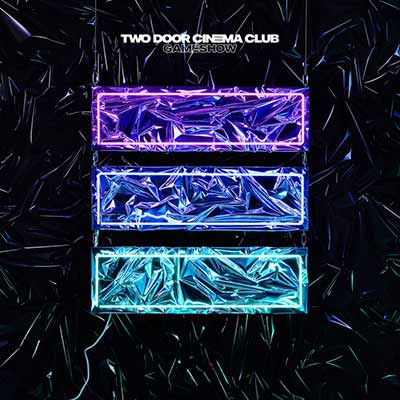 On their third record, Two Door Cinema Club embrace the ’80s. But they also become more comfortable being themselves.

I re-listened to Two Door Cinema Club’s last record, Beacon, before writing this review. Beacon was a stupendous record. I wrote in my review of that record that Beacon took clear influence from indie pop like Phoenix, but had a certain charm that many of the bigger indie pop groups were lacking. (And I noted that the album was a massive improvement over their debut.)

From the first hand-clap on “Are We Ready? (Wreck)”, it’s clear that Two Door Cinema Club’s latest presents a few changes. The hand clapping, danceable riffs, and background vocals all add up to a version of Two Door Cinema Club that feels fresh and new — while still using some of their trademark grooves.

There are times, however, when Two Door Cinema Club intently pursues the new direction with wreckless abandon. “Bad Decisions” follows the same groove-based style that “Are We Ready? (Wreck)” sets up. It’s a dance floor-ready track that shows off where Two Door Cinema Club is going — and it might have their best chorus ever. But it’s completely different from what we’ve heard before.

None of that is bad. Gameshow is the sound of a band successfully exploring new soundscapes. These experiments make the record better.

In that light, because of their expanded musical vocabulary, the album is incredibly strong from start to finish. It rarely feels stale, and there are a lot of dynamics throughout the record. It never feels like Two Door Cinema Club is pummelling the audience from one track to the next. Gameshow is well-balanced.

Even its mid-section tracks are great. The title track and “Invincible” are both impeccable. (“Invincible” is so good; I’m surprised they didn’t name the record after it.)

On Beacon, it felt like Two Door Cinema Club were getting better as indie rockers. On this record, where they transition even further towards pop, it feels like they’re becoming more comfortable being themselves. To reference Phoenix again, if Gameshow isn’t Two Door Cinema Club’s Wolfgang Amadeus, it’s at least their It’s Never Been Like That. It’s the record where they fully come into their own.