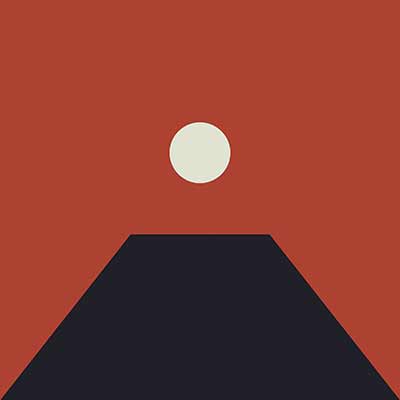 Epoch, Tycho’s third studio record on Ghostly International, is as sublime as Scott Hansen’s first two even while it continues to expand his sound.

I’ve always been a fan of Tycho’s work. His recent output, starting in 2011 with Dive, has been nothing less than sensational. Perhaps, as a graphic designer, I’m drawn to the way that Scott Hansen uses Tycho as a vehicle to express visuals through music.

That’s the most stunning part of Tycho: the largely synth-heavy work is exquisitely detailed and layered, but it expresses visuals the same way the soundtrack for Stranger Things does.

Because it’s synth-heavy, many people call Tycho background noise. I don’t think the music has ever been purely background noise. It’s layered sounds and intricate mixing — as well as Hansen’s attention to detail — demand closer listening. That’s truer than ever on Epoch.

Epoch is a harsher record than Dive or Awake, but not in a negative fashion. The album is more percussive. “Horizon” has a stronger backbeat than any of the previous work, and the synth elements take on a more drum-like intensity.

None of that is to say that the music is darker or more sinister than it used to be. Tracks like “Receiver” are familiar and pleasant — and there are many songs like it throughout the record. But Epoch does feel more percussive overall.

Scott Hansen’s work continues to stand out and succeed because of its optimism. Unlike so many of his contemporaries, Hansen’s vision of the world is uplifting and positive. His music feels like a positive force in the world. While it occupies the same mental space as Trent Reznor’s instrumental work, it occupies an entirely different emotional space.

Because Epoch carries this same tradition, there isn’t a noticeable slump in quality. Listening to Dive, Awake, and Epoch as a whole feels like a single vision. It’s three albums, but they’re all sharing the same vision for our society. They all have the same values.

As an addition to Tycho’s repertoire, Epoch is a can’t-miss for fans and newcomers alike. Whether Hansen considers this an ending to a trilogy or a single step in an ongoing journey is unclear, but it’s obvious that he hasn’t run out of things to say — even while remaining completely wordless.