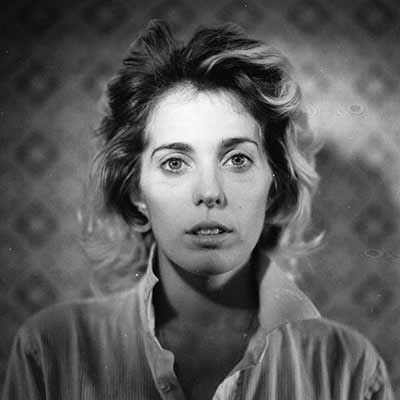 Half Free is a pop album with undeniable bite. Under her stage pseudonym U.S. Girls, Meg Remy laces each sunshine-filled backing track with undertones of brokenness and bitterness.

On first glance, U.S. Girls seems like an odd choice of a tour mate for as Sleater-Kinney, but then again, neither band fits the typical mould of Rock and roll. Meg Remy’s experimental approach to pop music isn’t comfortable, but she buries her savagery beneath sounds reminiscent of the pop cheer found in old ’60s records.

On Half Free, Remy’s first release on the 4AD label, she sings about suicide, father/daughter relationships, broken homes, failing marriages, and disparaging family members (in no particular order). The album’s title becomes particularly ironic, quickly, as Remy jokes on the phone in a spoken interlude about how she’s glad she wasn’t “one of those sons that turns into a fascist dictator” but instead just “another woman with no self-esteem.”

While the album doesn’t necessarily come off as political, its comments about womanhood and family are particularly timely — and extremely liberal. As Remy struggles with finding her place, she speaks for women everywhere on the way.

That’s not to say that the record is entirely depressing: musically, it has a consistent, jangly bounce to it. Damn That Valley and Sed Knife are great examples of the sort of thing I suspect U.S. Girls will become famous for: beautiful alt-pop with venomous undertones.

What Half Free really reminds me of is Gone Girl, the 2014 David Fincher movie, or even Best Picture winner American Beauty. Thematically, both similarly examine the home life dream that has come to symbolize so much of the hope people find in North America’s suburbs. And both find the dream to be left wanting, revealing that beneath that facade, the dream is becoming a nightmare of broken homes and disrupted families.

The difference between them is that with U.S. Girls, Meghan Remy is revealing the brokenness from a place of intimacy. While Gone Girl and Beauty can be shocking, Half Free feels like a personal statement. In many ways, the album is more powerful as a result.