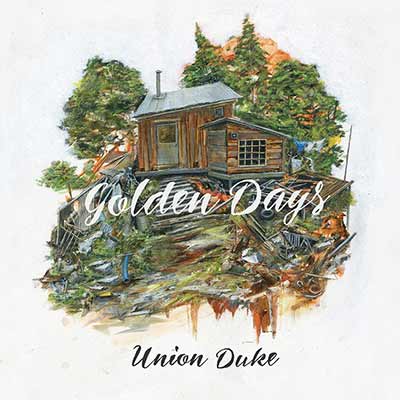 Authentic folk rock the likes of which Mumford & Sons never made. Your bluegrass-loving father would love this, but you’re missing out if you don’t give Union Duke a try.

“Heavy Wind” is the sort of song every rock band wishes they could make: fun, propulsive, engineered for manic performances. It’s got a fantastic guitar solo, great vocal harmonies and a head-bang worthy main riff.

The fact that it relies heavily on a banjo is almost a side note.

Union Duke is a folk rock band from Toronto that sounds like they hail from the Deep South. On almost every track, there’s an inevitable comparison to Mumford & Sons — because they both have the same crossover appeal. But Union Duke remind me more of a more ballsy Avett Brothers.

Not unlike the Brothers, Union Duke has a deep understanding of bluegrass, country, guitar rock, and pop song structures. Even on slower tracks that don’t have the same level of forward motion, like “Baby Don’t Break”, the band sounds authentically country and rock all at once.

There are tracks that are more country than rock, like “Coffee/Whisky”. But they’re balanced out by rock ballads like “Golden Days (I’ve Been Down)” (which you should really watch this incredible live performance of) or “A Brief Romance” that, were it not for the banjo, wouldn’t feel out of place on a Tom Petty-produced Foo Fighters record.

If any track can be called out for sounding like a Mumford track, it’s “Fare You Well”, which appropriated even that band’s stylings. That’s not a complaint: because of their authenticity, Union Duke is better at the style than Mumford & Sons at that sort of music to begin with.

On Golden Days, Union Duke avoids the sophomore album by continuing to write great, inventive tracks. They fill the whole that the Avett Brothers and Mumford stopped filling when they became commercial. And when the album is over, there’s a sense of disappointment that there isn’t more to hear. That alone is proof of Union Duke’s success.