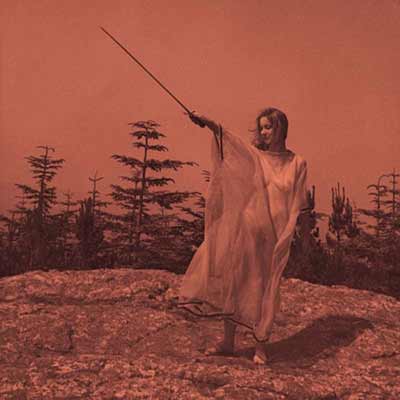 II is a record lover’s record, the sort of rock album that begs to be listened from first track to last to appreciate its every note. In every way, II feels like the lo-fi psychedelic record that should (and could) have existed in the 1970s.

Unknown Mortal Orchestra’s 2015 record, Multi-Love, pulled the band away from their lo-fi and psychedelic rock roots and into electronic territory. Multi-Love is their liveliest record, but II feels like the band’s best by a significant margin.

II is a distinctly lo-fi record, performed almost in entirety by frontman Ruban Nielson (with the exception of the drums and a few horns). For this reason, the album sounds very tight musically — Ruban is clearly an expert musician — but it also sounds distinctly lo-fi, almost as if its being played underwater.

That’s the intention, of course, on a record that seems obsessed with vintage-style songwriting and musicality, but it might also be for thematic reasons. On one of the record’s most poignant moments, Nielson sings “I wish that I could swim and sleep like a shark does; I’d fall to the bottom and I’d hide till the end of time in that sweet cool darkness.” That Simon & Garfunkel-style melancholy is perfectly suited to the production style of the record.

The production is worth talking about: It demonstrates that Neilson has, compared to his peers, a superior understanding of what made those old records great. Today’s recordings reveal every note with crystal clarity, but these older records age so well because their production inefficiencies hide some of their details and preserve a sense of mystery (Led Zeppelin IV being a classic example).

While Unknown Mortal Orchestra is often reminiscent of the afore-mentioned Led Zeppelin and Simon & Garfunkel, they’ll also remind you of The Beatles’ approach to psychedelic pop (From The Sun) or Jimi Hendrix’s trademark fuzz sensibilities (One At A Time). This amalgamation of style makes Unknown Mortal Orchestra feel uniquely original, in an odd way: So Good At Being In Trouble is at once comfortably recognizable and uniquely Unknown Mortal Orchestra, with Nielson’s falsetto during the chorus giving the song a sense of urgency.

The same sense of urgency is often missing throughout the latter half of the record, which feels frustratingly more indulgent (although certainly in line with the styles the band is emulating). When the band finds their groove again on Faded in the Morning, it’s a much-needed and appreciated kick in the pants. But the wandering in the album’s mid-section demonstrates the band’s mastery of this lo-fi psychedelic style: unhurried and willing to experiment, the band refuses to settle on a single style. It’s an approach almost entirely ditched on last year’s Multi-Love, perhaps because the band felt they took the sound to its natural conclusion on II.

Regardless of why the band drifted away from this approach to songwriting, II feels like the sort of record that will later be recorded as a forgotten gem. Authentic and unique, despite its blatant influences and obvious stylistic emulations, II might go down in history as Unknown Mortal Orchestra’s best record.