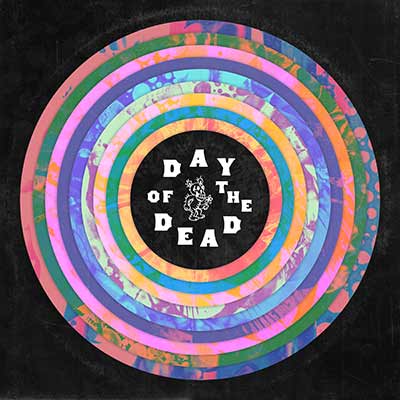 Day of the Dead

For newcomers to Grateful Dead, Day of the Dead offers a large variety of cover tracks that will nurse an appreciation for the band. For fans, reliving these moments through other bands reminds us of the Dead’s staying power.

Wow. Day of the Dead is one of the few records that could justifiably be called “epic.” Running at five hours and twenty-six minutes, the album is fifty-six tracks long and a complete deep dive into The Grateful Dead discography. Every track is a cover of a Dead song, performed by a different artist, and offering a different take on the band’s original output.

The album was put together by Aaron and Bryce Dessner of The National for charity. Each sale of the record goes towards funding HIV and AIDs awareness and research. It’s a good cause, but as far as I’m concerned, any reason is a good reason to re-visit the Dead’s catalogue.

Some of the tracks deviate from the originals in significant ways. Vijay Iver’s version of King Solomon’s Marbles, for example, renders the song completely on piano instead of the band’s traditional guitar work. The result feels like a hybrid of old-time jazz with some of Rey’s theme from Star Wars: The Force Awakens, which was surprising and wonderful.

Other tracks stick closer to the script. And We Bid You Goodnight feels as powerful as ever (save its final live performance, which is thankfully available on Youtube). It’s a tremendous track, and I’m glad that Sam Amidon knew he had a good thing.

Other tracks surprise, in both good and bad ways: Mumford & Sons strip Friend of the Devil of its usual controversy and make it mass-audience friendly (which is a typical Mumford move). Each track from The National feels like a taste of heaven. The War on Drugs turn in a performance on Touch of Grey that could be described as “expected,” but I’d rather call it “effective.”

The whole album reads like a “who’s who” of indie, and some of the genre’s less well-known artists put out the best tracks. In particular, I love Courtney Barnett’s take on New Speedway Boogie and Perfume Genius & Sharon Van Etten & Friends’ work on To Lay Me Down.

Not all of the album is perfect: there’s five and a half hours of music here, so your mileage may vary. A few tracks had me hovering over the skip button. But at least an hour of the album is impeccable, and at least three hours of it is very good. Those sound like bad batting odds, but the variety of genre work here is so huge that it would be impossible to satisfy with any other track.

That wide variety could be a turn off for some Grateful Dead fans, though. After all, the band was always a guitar group. Hearing other takes on these tracks can sometimes feel like sacrilege. Other times, the self-seriousness of the record drags it down like a weight.

But yet the album feels more powerful than not. How many rock artists could stand up to this level of scrutiny and re-interpretation? The only other artist I think you could pull this off with is Bob Dylan. Day of the Dead is this rare treat that’s a reminder of the past, like a thank-you letter for it. It’s also a look towards the future.

All that being said, I think Day of the Dead’s power lies entirely in the Dead’s work. Hearing these artists re-interpret these tracks and re-contextualize them for their own purposes is fascinating, and often rewarding, but its emotional power lies entirely in the reminder that music can bring us together so clearly. It’s a celebration of The Grateful Dead, but it feels like a celebration of the power of rock music. And it’s a complete and utter joy.