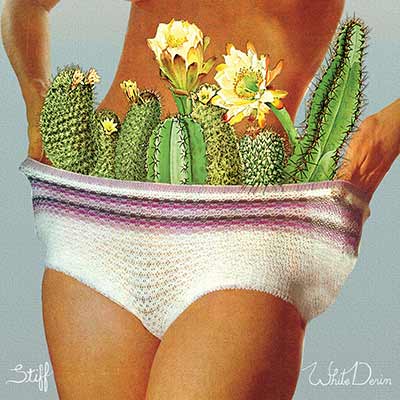 Six albums in, White Denim has put out what’s pretty easily their most approachable record without compromising their vision for songwriting with depth.

White Denim and the Black Keys often come up in the same conversation, but only to talk about how much better the Black Keys are. Both groups started as garage rock and have slowly expanded their sound. But on Stiff, White Denim has become something else altogether.

Stiff is a rock album imitating some of the best soul records. It’s still loaded with the riffs the band has become known for — complicated musicianship and guitar lines that take precedence over the vocal routines — but the vibe of the record is retro-based, with influences that range from James Brown and Gary Clark Jr.

Ha Ha Ha (Yeah) is a perfect example of this: a guitar riff that’s clearly sole-influenced matched to the riff-heavy style that White Denim comes from.

It’s worth talking about White Denim’s origins, too. Hailing from Austin, the band is in a position to absorb everything going on there. The Dallas climate is filled with singers like Leon Bridges or bands like The Suffers, who are all respecting vintage traditional soul music. It makes sense that White Denim goes this route.

The soul influence results in two things: White Denim is now more easily identifiable, and after many albums, feel like they’ve come into their own identity. And their music is now more approachable than ever. That’s not to say that they’ve purposely set out to craft radio songs; it feels like that’s a natural byproduct of their newer influences.

Stiff is the sound of White Denim getting more comfortable with their heritage and where they come from. White Denim has never sounded so at ease, or mature. And while they might not have the same attention they had ten years ago, they’ve finally got a sound dialled in that feels completely theirs.