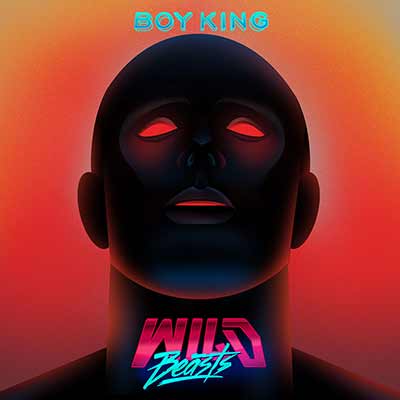 Five albums in, Wild King continue to fearlessly reinvent themselves with sounds and experiments that have the pulse of Radiohead and the charm of dance rock.

Boy King is surprising in almost every measure, from the opening note and beat to the final hum. The album is Wild Beasts’ way of exploring their masculinity through art rock — interestingly, by harnessing the synthetic sounds of electronics and fusing them with their art rock approach.

You don’t have to read too deeply into the record to get that impression, either. Even by the second track, the band has made the record’s theme clear: masculinity is fake. “Big Cat” and “Tough Guy” are two songs on the same thematic idea, working through the idea of the ridiculousness of masculinity one small step at a time.

More notable, though, is the music. Whether the album is thematically and conceptually sound is almost a side point when the music is so interesting. Few songs sound the same; Wild Beasts truly experiment here. “Big Cat” and “Tough Guy” sound totally different, as does “Alpha Female”. And each track could be considered a favourite; the quality doesn’t dip.

Perhaps the point is that masculinity never feels inauthentic, and the electronics are part of the album’s theme on the plasticity of male behaviour and alpha dominance. Even when the album leans towards electronic sounds on tracks like “2BU” (which strongly reminds me of Petite Noir), it feels like the band is being authentic to the point of being outrageous — or perhaps vice versa.

This musical building of sounds, though, makes the album feel almost surreal. It’s as if Boy King is a study of masculinity, immaturity, and excess — veiled through a study of art rock as a genre. The pinnacle of the record comes on “Celestial Creatures”, when Hayden Thorpe sings: “We are celestial creatures.” The surrounding music builds, rock music is deconstructed and put back together with electronic noise, and it feels like he’s telling the truth.

With Boy King, Wild Beasts pull out all the punches: they deconstruct their own music and put the pieces back together, arriving at an altogether different conclusion of what rock should look like in 2016. But they also deconstruct themselves and their genres and their meaning and find ways to marry music to theme. Boy King is one of the year’s most exhilarating records.