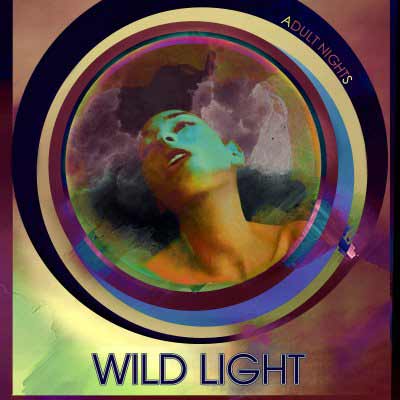 Wild Lights’ debut is an incredible record made by a band with a lot of depth. Adult Nights is easy to love, but also offers a lot to sink your teeth into.

In all honesty, I’m not sure what genre to file these guys under. I’ve read that they qualify as surf music, but I’m leaning towards indie. With that in mind, I’m calling them indie surf (because everything needs a label).

Wild Light is tremendous. I have no idea why they never took off. Although the album art is pretty terrible, the music itself is awesome.

They rip through the opening of the record with California On My Mind, a relatable song (at least for me) about loving and hating where you grow up (and I love this live performance, in which the drummer plays a fridge). In reality, it could easily be about a failed love or even a case of the Mondays.

From there, the record moves on with an almost-predictable amount of saccharine sadness and upbeat movements. If California On My Mind is the thesis, the rest of the album is the exploration. That’s a good thing — I can’t say that a lot of music explores a thesis with such gusto.

Listen to New Hampshire — it’s only the second track, but it’s still exploring the same love/hate story. Call Home might be one of the best tracks on the record, and it’s decidedly more optimistic. Songs like Heart Attack are absurdly catchy — again, how did these guys not catch on? The Party (Oh, My God!) is similarly radio-friendly and filled with crowd parts. It’d make for a great live show.

My Father Was A Horse and Red House keep the album moving briskly, even towards the end. If Wild Light ever committed a crime, it was simply being ahead of their time. These guys are obviously huge influences on up-and-coming indie bands like Little Green Cars. Adult Nights is well worth checking out.