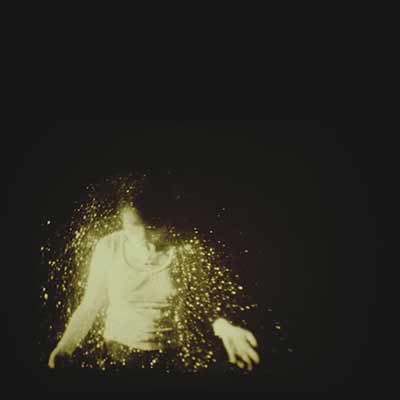 My Love Is Cool

Wolf Alice’s debut record is hard to define into a single sub-genre, but it succeeds in finding a unique identity despite the band’s experimentation with the genre’s many forms.

When Wolf Alice kicks off My Love Is Cool with the opening notes of Turn To Dust, there’s an immediate sense that this record is different from much of what the UK is currently kicking out. And while the UK seems to think Wolf Alice is heralding grunge, the band is willing to experiment with the format and imbue it with a sense of atmosphere.

You really only need to listen to Turn To Dust to understand what I mean: the soft kick drum and the acoustic guitars, paired with singer Ellie Rowsell’s angelic voice, carry all the menace and creepiness of grunge’s best work, but marries it with a sense of experimentation and texture-driven tension.

Wolf Alice holds off on their grunge tracks and influences for most of the record. I suspect they would consider themselves more of an indie band than the saviour to grunge they’ve been portrayed as, despite their influences and heritage, but songs like Moaning Lisa Smile, Fluffy, and You’re a Germ betray their ancestry (and are reminiscent of Nirvana at their absolute best).

But the band really shines when they’re willing to experiment with new sounds: Lisbon is one of the highlights from the record, which snarling and screechy guitars during the chorus and angst-driven lyrics during the verse — but instrumentation that feels more in line with some of indie rock’s best dream pop. Silk is similar, and feels almost similar to tracks from The National.

The experimentation isn’t always successful, but that it’s so interesting is indicative of a general failure of mainstream rock to bring us an artist who’s willing to be bitingly sincere and inescapably sure of themselves. While Wolf Alice’s style is difficult to nail down, it’s hard to argue that works against them — their stylistic variety is held down almost exclusively by Ellie’s vocal work.

If Ellie Rowsell’s vocal work defines My Love Is Cool’s eclectic whole, then it’s hard to define it as anything other than a grunge record: her lyrics are positively Cobain-esque, as she holds up a mirror to her anxiety and personal issues and cogently tells the listener how it is without dwelling on anything more significant than the messiness of it all.

Wolf Alice’s debut isn’t perfect, but it’s a great example of a band struggling to form its own identity. As they move from one style to the next, sometimes trying things out that don’t work, it seems clear that their willingness to try something new will keep Wolf Alice interesting long after their contemporaries and peers have disappeared.