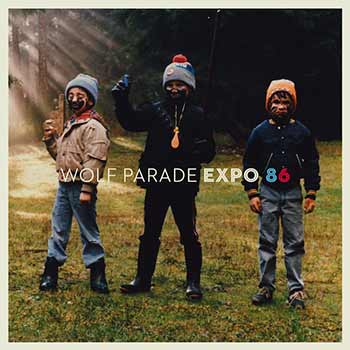 Expo 86 is by far Wolf Parade’s most accessible record. While fans will clamour and complain that Apologies to the Queen Mary isn’t as highly recommended, Expo simply feels more consistent and listenable.

Fans of Wolf Parade will you tell the best album they ever put out was Apologies to the Queen Mary, but that’s a load of bunk. If you ask me, Expo 86 is their best record. It’s a great intro to their work too, but if it’s the only of theirs that you ever heard, it wouldn’t be the worst thing to happen to you either.

What makes Expo 86 different from Wolf Parade’s other work is that it has a little bit more of a riff focus, and it feels a bit more digestible. There are also moments of maturity that are highly memorable. The album shows signs of maturity for the band.

If Modest Mouse and Led Zeppelin had a weird, rebellious baby, it might sound like Wolf Parade. They are unto their own, and hard to define, but I think this is their best output.