As a genre, jazz fusion was the crowning example of jazz’s odds with pop culture. While the simplest way to explain jazz’s decline was that it was usurped by the rock music of its day, the truth — as often — is a little more complicated. In actuality, the genre dissipated because it left the dance floor to experiment more, and its experimentation was at odds with its commercial success.

But since the ’80s, it seemed like a lot of crossover jazz was fading away as the industry moved towards smooth jazz and its contemporaries on the radio stations. And, as far as I can figure, jazz hasn’t been a popular mainstay on the radio since then.

But it feels like there’s something changing in music. It’s hard to notice it, but once you do, you’ll start hearing it everywhere. Jazz — and jazz fusion — just might be making a comeback.

Jazz’s biggest return came in the form of last year’s To Pimp A Butterfly, Kendrick Lamar’s newest record. Stylistically, it’s very different from his earlier work, and the list of producers on the record — aside from familiar names like Dr. Dre and Snoop Dogg — were puzzling to hip hop fans. But TPAB was undoubtedly the best record of the year, and certainly its most important — perhaps the most important of the decade. And it’s jazz fusion through and through.

If modern jazz fusion has a hero, that hero is Kendrick Lamar.

Billboard has a fantastic interview with jazz legends and newcomers Terrace Martin, Robert Glasper, Ambrose Akinmusire, and Kamasi Washington — all of whom played on To Pimp A Butterfly. In the long and short, it’s an interview in praise of hip hop, but also in praise of Kendrick — more than once, the article refers to Kendrick as the John Coltrane of hip hop.

To Pimp A Butterfly is this new version of jazz fusion that’s a lot like the old one: there’s no need for jazz fusion to be restricted to its rock leanings anymore; now, the world’s most popular genre and its most important progenitor has harnessed it to make the genre more soulful again. If modern jazz fusion has a hero, that hero is Kendrick Lamar.

But hip hop has always had its roots in jazz music. A Tribe Called Quest felt like it picked up right where ’70s jazz left off, particularly with The Low End Theory. The mentality, the rhythms, they’re all similar. The feeling of improvisation is there, the experimentation, the braveness, and perhaps even the lack of brevity are all in that record — and many others in hip hop.

Hip hop’s association with jazz has always been a known quantity too — maybe not amongst popular rappers’ fan bases, but certainly to the core followers of the genre. Pioneering producer Madlib’s 2003 record, Shades Of Blue, is a collection of jazz remixes using records from the legendary Blue Note Records collection. (Perhaps fittingly, Blue Note released Shades of Blue as well). Shades of Blue was dubbed an experiment, but at the same time, that’s not necessarily the case for most instrumental hip hop. Groups like 40 Winks or The Land Of The Loops owe everything to jazz.

So while jazz bands are making a comeback now in hip hop music, particularly thanks to Kendrick, there might be something bigger going on beneath the surface.

Even before David Bowie passed away, Blackstar was a revelation: a rock album that largely avoided rock and roll, the record is jazz fusion at its finest (read our review). The title track and Lazarus both reveal an innate understanding that Bowie had about jazz music. And generally speaking, Bowie’s had a history of leading the way in rock music. Blackstar imitators are no doubt on their way.

But the jazz thing’s already making a comeback in rock records. It was noticeable before Bowie’s newest record came out, but it wasn’t something that could be tangibly stated as a comeback. For example, Guy Carvey’s (of Elbow fame) debut record as a solo artist, Courting The Squall, is loaded with jazzy moments.

And progressive rockers have been keeping up the jazz tradition for decades. Progressive death metal band Opeth has been experimenting with this style for nearly half a decade now, with their record Heritage being an obvious candidate for a jazz comeback retrospective. And that came out in 2011, although it’s undoubtedly aging well; it’s perhaps a better album now than it was when it was released.

Indie rock is also beginning to develop an understanding of jazz. There are jazz notes throughout Harriet’s debut record, not to mention Nickel Creek’s unusual jazz-inspired arrangements on their comeback record A Dotted Line.

Jazz is the live band at its most untamed and its most natural, a cacophony of high-flying instrumentation all in the name of making popular music feel more organic again.

It seems like every ten years, we’re talking about jazz music making a comeback. Did it ever leave? I’m not sure. Is it coming back? I don’t know. I don’t want to look like a fool ten years from now, but I’d be surprised if this is the last we hear about a jazz fusion comeback in the next couple years.

In today’s musical environment — one which feels predicated on electronic synths and R&B-inspired chill pop — jazz feels ripe for a comeback. When more people like Kendrick Lamar start relishing in the live band again, jazz becomes a natural result: jazz is the live band at its most untamed and its most natural, a cacophony of high-flying instrumentation all in the name of making popular music feel more organic again.

And if it takes jazz to bring back a sense of invention to modern pop, I’m all for it. 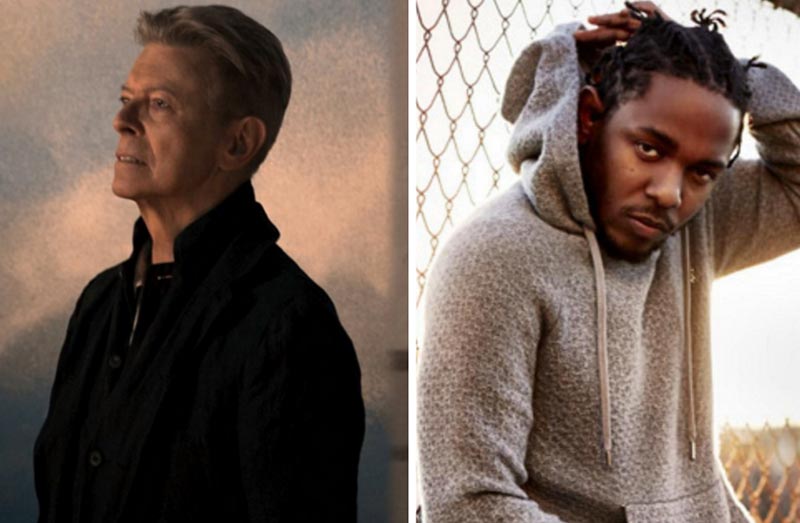 Kendrick Lamar and David Bowie (posthumously) could be bringing jazz fusion back in a big way.