Whether or not you like Macklemore, his platform means people pay attention to him. And with his new record, he tries to say a lot and delivers messy, mixed messages despite his sincerity. But why?

This Unruly Mess I’ve Made lives up to its name. It’s a total mess of an album, completely inconsistent from beginning to end, uneven from one track to the next, and with Macklemore completely unsure of what he has to say. Its most standout tracks are flawed, with choruses and verses that feel forced together. Macklemore himself struggles for half the album to stay on beat. If great art feels effortless, This Unruly Mess I’ve Made feels like hard work.

But that doesn’t mean we shouldn’t talk about it.

On This Unruly Mess I’ve Made, Macklemore is working through heady stuff. He’s a famous white man performing in a genre marginalized by white media because its most acclaimed performers are black. He’s struggling as a man who didn’t want the fame if it meant he couldn’t be true to himself. And (as usual) he’s working through what it means to be a voice for people with addiction issues when he’s still tempted himself.

Thanks to a seemingly constant barrage of accolades for being a “conscious” rapper and a self-aware recovering addict, Macklemore has bravely taken on the chance to be a voice for everybody who doesn’t have one, whether that means he’s talking about drugs or the Black Lives Matter movement. He’s working through all this in real time, on a record for all of us to hear and dissect. It’s a good time to discuss his position, wrap our minds around his message.

And to be clear, there’s nothing wrong with what he’s trying to say. We need to talk about marginalization. But more importantly, we need to listen to the marginalized. And this is what Macklemore robs us of.

There’s a scene in the film Dope where the main character, a black male in his senior year of high school, is asked if he listens to Macklemore. His reaction comes quickly and doesn’t mince words: “I would never listen to Macklemore.”

The movie plays it for jokes, which means that there is a truth we all find funny in that moment. Of course a young black male wouldn’t listen to Macklemore, because he doesn’t really speak for them, as much as he’d like to.

Macklemore is in an awkward position: until his Grammy win against Kendrick Lamar for Best Rap Album, he seemed like an obvious game-changer in modern hip hop. His album, Heist, was largely fantastic — thanks to Macklemore’s fiery performance and tackling of any issue. It all worked.

After his Grammy win, there was a palpable sense that the scene was turning against him. Macklemore seemed to realize it too, sending Kendrick Lamar an apology text saying he “robbed” Lamar of his Grammy. His newly elevated position instantly incriminated his record, which worked as a proud work from an independent and little-known artist. Tracks like Jimmy Iovine or Make the Money don’t work as well when you’re suddenly a rich white man asking questions about your own validity in your genre.

What’s left for Macklemore to say? Who’s left for him to represent? More importantly, what is his responsibility as a popular artist?

Nobody seems to be able to explain why the tide turned against Macklemore, though, apart from saying it had to do with the way we often reject popular culture in an attempt to find and identify something new. I think it goes much deeper than that.

Macklemore is trapped in a semiotic cycle that it’s doubtful he can escape from: as a signifier, he represents white culture attempting to understand “blackness” from a distance. He’s a mirror of the common white person, which makes us uncomfortable: he doesn’t know what to do about his neighbours, and instead of listening to them, he talks about being involved with them on a protest level in tracks like the muddled White Privilege II. As a white man in hip hop, he’s confused being in it with being of it.

I can’t explain with any degree of accuracy why my black friends aren’t interested in Macklemore. Arguably, it’s because he’s not representing them. He doesn’t represent that culture, or their values, or their struggles, even though he openly wonders if he should. That he even asks the question is disconcerting.

As a conscious rapper, he doesn’t represent the poor anymore either. With his money and resources, he’s not fighting against anything other than his own privilege. He doesn’t have to struggle. Tracks like Thrift Shop are absurd when the verses are rapped by a millionaire.

In an intro to This Unruly Mess on Medium, Macklemore says: “I was too comfortable. Being comfortable is what kills artists… I didn’t know what I wanted to say. Didn’t know how the ink would stick to the page.” Macklemore is wrestling with the same questions we are: what’s left for him to say? Who’s left for him to represent? More importantly, what is his responsibility as a popular artist? He has a huge platform, and it makes sense that he uses it to try to get people to talk and think.

The best tracks on Macklemore’s records aren’t the major singles like Downtown (which makes the rapper sound like an uncool poseur), or White Privilege II, which simply sounds like a misguided attempt to understand what his peers are going through. Contrarily, the best tracks are his personal odes like Kevin, St. Ides, or Need to Know. With nothing left in society that he can be authentic about, his most earnest tracks are the ones where Macklemore struggles with his own issues.

That still leaves us with the rest of the record, though. Perhaps it’s telling that many of these tracks don’t have us discussing the social issues at hand. Last year. To Pimp a Butterfly had us all thinking about Ferguson and the Black Lives Matter movement. This year, Macklemore has us all talking about himself and his place in all of it.

It’s the ultimate misuse of his own platform. It’s hard to blame Macklemore for it, but the laws of semiotics dictate that when he has nothing left to represent, the only thing he can point to is himself. It makes him feel hypocritical at worst and confused at best, despite his sincerity as a lyricist and his authenticity as a rapper. But the real problem here isn’t Macklemore: it’s that we’re all too busy talking about him and missing the real discussions he’s trying — but failing — to have with us.

This Unruly Mess I’ve Made is out now, and you can purchase it from iTunes or Amazon and stream it on Apple Music or Spotify. 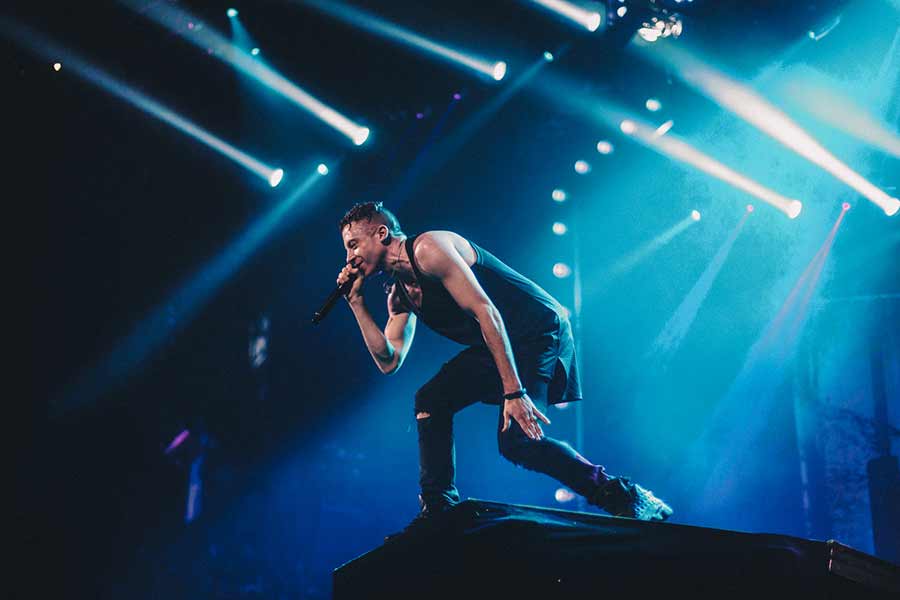