David Bowie was, among many other things, a chameleon. It felt like he remade his own image countless times within the span of his incredible nearly five-decade career. Some folks have counted him at six alter egos; I’ve seen other counts as high as eighteen. And while his continued rebirths were almost always successful — and he wasn’t afraid to change it up just as his current phase was catching on — perhaps what was most successful was that his fans never felt out of touch with his character.

Bowie was one of rock’s good guys. Despite some of the grandeur of his performances and his wild sides, he never felt like a shock rocker — not to the extent that Black Sabbath or Marilyn Manson would be described as — but he continued to have the ability to surprise.

Perhaps most surprising was his ending: knowing that he was going to pass away any day, he finally releases Blackstar (our review) and passes only days later. His final music is about dealing with his own mortality, and in his final music video, he portrays himself as the living dead.

Bowie’s final persona was that of Lazarus, a dead man with something more to say to the world.

Bowie spoke for fans all over the world, and paved the way for many of the gay performers we have today thanks to his claims to be gay, straight, bi, and an alien. It’s hard to image we’d have artists like Perfume Genius without him.

But more so, it’s hard to imagine we’d have any modern rock and roll without him. Bowie influenced everybody — including movers and shakers that were much bigger than him. These are musicians who changed the game on global scales, people who inspired generations to pick up a guitar or a bass and learn to play. Nirvana was inspired by him, for crying out loud.

But while Bowie wrote glam rock records, albums like The Rise And Fall Of Ziggy Stardust sound much more like singer-songwriter. And they have their origins in the folk nature of it all — so it’s not just his experiments on The Man Who Sold The World that solidified his influence on the folk genre.

Perhaps obviously, the Berlin Trilogy led the way for electronic crossover music. Let’s Dance helped kick-off the alternative dance music scene. And Bowie’s work with funk transcends many genres, ultimately influencing even hip hop. Progressive rock may not even exist without him.

It’s rare to find a genre — or a single musician, even — who isn’t inspired and can’t trace some of their roots back to Bowie. Bowie isn’t the man who sold the world so much as he is the one who made it his own. He kick-started genres and catapulted many into stardom.

He did all of this while being himself.

Ultimately, Bowie’s legacy might not be his influence in music itself. It will come down to his voice. For millions, Bowie was the way they learned that it was okay to be themselves. Music didn’t have to be as sociologically regressive as country or homophobic (and sadistically vengeful) as heavy metal, and it didn’t have to be as blatantly rebellious and angry as punk. In fact, if you were a teenager and didn’t find yourself fitting into any of these genres, Bowie was the perfect respite for you.

He made it okay to be weird.

And in that sense, he leaves behind an even greater legacy: the musicians who are comfortable being weird. These are the people like Arca, who are reinventing the language of electronic music with solo releases or production work on Kanye tracks. These are the Petite Noirs of the world. The Fiery Furnaces. The Chet Fakers. Their ability to be themselves is largely a credit to Bowie, the man who pioneered it so many years ago.

Bowie’s life is like poetry: every few stanzas, there’s a shift in theme and rhythm. But ultimately, it comes full circle. So it’s fitting that, in many ways, Bowie’s career ended the way it started: with jazz experimentation, a defiance of pop and rock expectations, and a revival of popular interest in jazz fusion thanks to trend-setters like Kendrick Lamar.

And reportedly, Bowie was listening to a lot of Kendrick while he made Blackstar — which is, no doubt, going to go down as a landmark record in the rock genre. So it’s fitting that today’s new musical leaders are able to inspire Bowie in the same way that he’s able to inspire us. And thanks to Blackstar, I think we clearly have a love letter from Bowie with his notes (no pun intended) on where he thinks rock music is going. The saddest thing about it is that he won’t be along to experience the new journey he’s started us on. 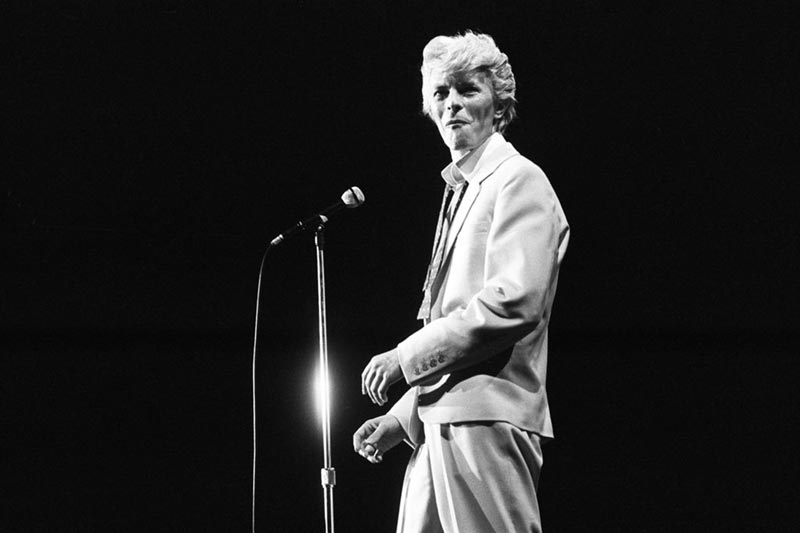