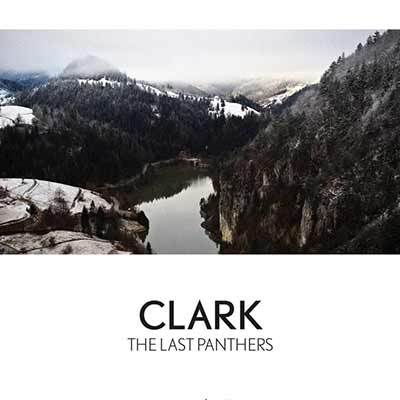 The Last Panthers is an opus of a soundtrack from Clark, and a welcome return back to the studio for one of electronic music’s most astute sound-makers.

Clark has always been something of an electronic wunderkind: never shy about textural electronic music, he’s frequently amalgamated classical music, noise, ambient, techno, and more into his sonic palette. And this makes him the perfect candidate to make a soundtrack.

The Last Panthers is a television show that dives deep into the crime world in a mystery about stolen diamonds. I think. To be honest, I haven’t seen it. You don’t need to in order to appreciate Clark’s soundtrack for the show.

Judging from the soundtrack, I would expect The Last Panthers to feel like a dark, dangerous trip for its heroes. Clark is in prime form here: textures are everywhere, but more interesting is how he uses them to create weird sort-of sound effects, much like Trent Reznor and Atticus Ross did with such aplomb on the Gone Girl soundtrack.

As a point of comparison, Clark’s work does beg to be compared to the output from Trent and Atticus. It sounds like they’re exploring similar themes, in the sense that they’re using electronic music and it’s repetitious rhythms to slowly build to climaxes and crescendos.

What makes Clark’s record different from anything Reznor and Ross have done is that it feels more free to explore. Undoubtedly, this has to do with writing for television instead of the movies. While themes repeat, and often grow more sinister in time, the space between them can breathe. Cryogenic breathes until it slowly descends back towards darkness by the end. (It only takes two notes for Clark to create a strong sense of unease, which is astounding.)

Much of the soundtrack, certainly its most impactful moments, live within that tension and unease. Brother Killer is a great example. It excels at building tension to a point that feels unbearable, until suddenly becoming something else.

Unlike film soundtracks, The Last Panthers is missing a sense of focus in that regard. But when Clark is able to write focused thematic pieces, he excels. Diamonds Aren’t Forever and Diamonds Aren’t Forever II are perfect examples of this: clearly spiritually related songs, with similar themes, the tension builds to a remarkable climax of texture and discomfort with II.

In a lot of ways, Clark’s record goes beyond many expectations for a soundtrack. It carries itself as well as his 2014 record did, and although it lacks the focus, it feels exploratory and powerful. Clark understands and enjoys his exploring the aesthetic of film, and because his music is so textural, it’s a natural fit.

The Last Panthers is, on record, a visual story as much as it would be on television. As an album, it holds up well with the rest of his library. Like everything Clark makes, there’s a melancholic motion that carries it all forward. It’s an astounding contribution to electronic music and to film soundtracks, and one that’s worth listening to without a visual point of reference.

The Last Panthers is an original take on a well-trodden genre that feels uniquely Clark. It’s a total treat.