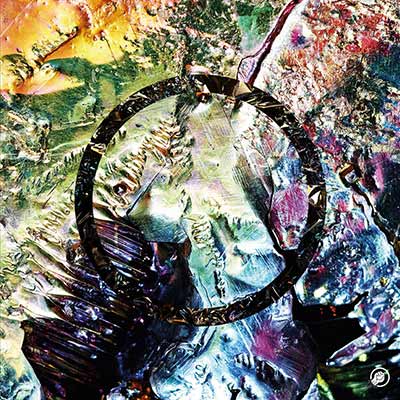 The Comet Is Coming

Channel the Spirits, the debut full-length album from The Comet Is Coming, is the place where new-age jazz and psychedelic art rock meet. It’s beautiful, unique, and altogether a new experience.

I don’t know how I missed this earlier in the year: The Comet Is Coming is truly unique. The jazz outfit is interested in taking jazz into literal new dimensions, which is why they’re so aptly named “The Comet Is Coming”. Fans of Kamasi Washington might understand the watershed moment in jazz revival this group is a part of: a love for what came before, but an understanding that jazz can explore new things.

It doesn’t take long for The Comet Is Coming to begin to deliver on their promises of unique jazz. “Space Carnival”, the album’s second track, feels almost like a dance track — with moments that feel lifted from dance and electronic records, it certainly doesn’t sound like the jazz of old.

I don’t think that’s a problem, though. You can hear in their stylings that The Comet Is Coming has a reverence for what came before. The way they handle time signatures and solos, as well as the large batch of musical ideas that may be in one song, speak to their understanding of jazz’s heritage and its creativity.

That’s not to say that the group is never recognizable as a jazz outfit. On tracks like “Journey Through the Asteroid Belt”, they wear their label proudly — even if they’re mixing it with a percussion setup that would make most DJs jealous. “Slam Dunk in a Black Hole” understands the weird side of jazz that Miles Davis explored on Bitches’ Brew, but mixes it with a techno-inspired backbeat that somehow makes the whole thing feel modern and contextual for our times.

And, of course, the solos throughout this album are amazing. The group is made up of three guys, if you aren’t familiar, and each are gifted at what they do. It’s worth mentioning their names — they’re treasures in and of themselves: “Danalogue the Conequeror” is their synthesizer. “Betamax Killer” plays drums. “King Shabaka” is the saxophonist. All three are impeccably talented. It’s hard to believe Danalogue the Conqueror is handling synth duties solo, and the sounds King Shabaka gets out of his sax are incredible.

Tracks like “Cosmic Dust” make it clear this isn’t the first record you’d want to show to your friends who are merely interested in jazz, though. This record is for people who are interested in concepts. This is jazz for fans of psychedelic music — or vice versa.

“Channel the Spirits”, the album’s titular track, sounds like a jazz track played overtop of a pummelling rock riff. It’s the fully-fleshed equivalent of a Mastodon record on mushrooms. (It’s also my favourite track on the record.) The album is all over the map, but conceptually, it’s all bound together by an idea.

I think the idea is simple: jazz still has new places to explore, new cosmos to go. The comet may be coming, and when it hits, it might wipe out jazz as we know it. But the genre is beginning its formation into something new.

The Comet is Coming’s debut record is an unmissable delight for fans of challenging, complex music that plays with form and challenges the identity of genre. The band has earned a new fan in me, and I look forward to spending much more time with their music over upcoming years.