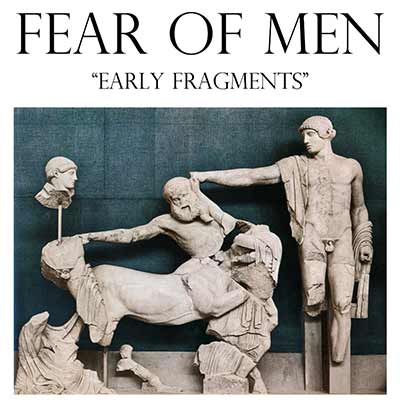 Fear Of Men’s first album sounds like an experiment, and it’s as fragmented as its title claims. Fear of Men isn’t in a rush, but it feels like the beginning of something new.

A lot of the indie dream pop bands these days are really good, but even more them have yet to be “discovered.” Fear of Men is one of those bands that could really do with a few more listeners. Early Fragments, a collection of singles that weren’t written to be played on a record like this, feels like a plea for your attention. And it’s a good one.

Singer Jessica Weiss’s voice reminds me of Beach House’s Victoria Legrand, but I find Fear of Men is a little more listenable thanks to her. But what she sings about seems to refute the point: existentialism, anger, nihilism, the list goes on. Fear of Men would rather take names than sit quietly, and as their band name suggests, these fragments perhaps sound scarier than the band would intend. (Or maybe they want to terrify us and shock us into submission.)

Also unlike a lot of dream pop bands, Fear of Men gets straight to the point. There’s not a lot of aimless drifting on Early Fragments. Listen to Seer or Mosaic, the album’s first singles. The band develops each song, and takes their time to do it, but they don’t hesitate to get into the vocals. Some of the tracks are a little more radio-friendly than others — I’m partial to Born and Ritual Confession, which have multiple charms — but the whole album is great. Highly recommended for fans of the genre.