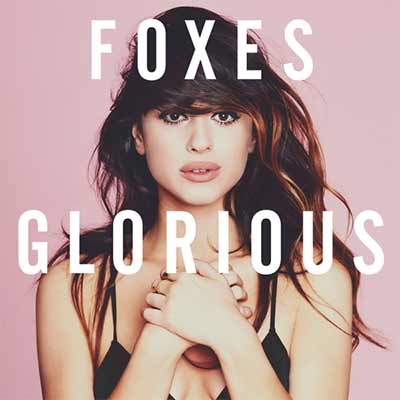 Foxes’ debut record is a pop triumph that’s full of heart and class — one of the year’s biggest and best surprises.

I’ve had an unhealthy obsession with this record over the past two weeks. It’s racked up enough listens to make Foxes my most-listened to artist on Last.fm since I started using the service two weeks ago, easily overtaking everybody else. But this is a great record. It’s very heavy on pop elements, but still full of class.

Listen to Talking to Ghosts, the opening track: it doesn’t get better like this in pop. And not only is the music stupidly catchy, but Foxes actually has something to say. And Talking to Ghosts isn’t even one of the big singles (although it could be). Youth is definitely one of the big tracks here. Wow. The first minute is interesting, but it gets absolutely great after the one-minute mark or so. Holding onto Heaven has one of the best bridges I’ve heard in eons. And White Coats has one of the best vocal melodies I’ve heard all year; Louisa Rose Allen’s voice is simply angelic.

Let Go for Tonight has a verse that builds and a chorus that simply blows up; it’s unlike almost anything else I’ve heard this year as far as power goes — think about Gaga’s most powerful moment, but add a real emotional core to it. It’s a testament to Foxes that her music can be compared to Gaga without having that pop star’s fame overtake her in conversation.

Here’s a surprise, though: I’ve talked about only the first five tracks so far. I could write about why I love each track on this record, but I don’t want to bore you. This is up there with St. Vincent for contention amongst my favourite records of the year thus far, and is simply a must-listen.